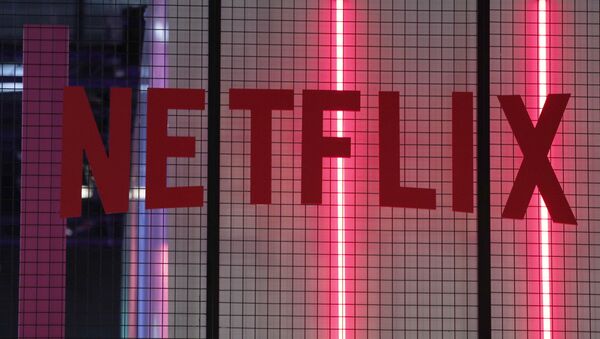 © AP Photo / Christophe Ena
Subscribe
The rate of suicide among US 10- to 17-year-olds “increased significantly” in the month after the release of the Netflix show “13 Reasons Why” on March 31, 2017, according to a new study.

The study, which was published on April 28 in the Journal of the American Academy of Child & Adolescent Psychiatry, tabulated monthly rates of suicides of people between the ages of 10 and 64 between January 1, 2013, and December 31, 2017.

Based on analysis of federal data reported to the US Centers for Disease Control and Prevention (CDC) on suicides, researchers at Nationwide Children's Hospital in Columbus, Ohio, found that the month with the highest number of suicides among 10- to 17-year-olds was April 2017, the month after the show was released.

In addition, there were 195 more deaths by suicide in this age group than expected during the nine months after the show was released on Netflix, even after seasonal and other suicide rate trends were taken into account.

"Youth may be particularly susceptible to suicide contagion, which can be fostered by stories that sensationalize or promote simplistic explanations of suicidal behavior, glorify or romanticize the decedent, present suicide as a means of accomplishing a goal, or offer potential prescriptions of how-to die by suicide," Jeff Bridge, an author of the study and director of the Center for Suicide Prevention and Research at Nationwide Children's, wrote in a Monday press release by the hospital.

"Portrayals of suicide in entertainment media should avoid graphic detail of the suicide — which the series did not — and adhere to best practice guidelines to reduce risk of subsequent suicide," Bridge added.

The series is based on a novel of the same title by Jay Asher and chronicles the story of a teenage girl named Hannah Baker, who records 13 audio messages on cassette tapes before committing suicide. Each tape depicts a reason why Baker decided to end her life.

In a statement Tuesday, Netflix commented on the study's findings, stating that this is a "critically important topic and we have worked hard to ensure that we handle this sensitive issue responsibly." Following the release of the first season, Netflix decided to play a warning video before each episode of the show after facing backlash over its sensitive content.

"It is possible to portray suicide in a way that cultivates hope by increasing awareness of available support for those who struggle with suicidal thoughts or behaviors," John Ackerman, a co-author on the study and suicide prevention coordinator of the Center for Suicide Prevention and Research at Nationwide Children's, also noted in a Monday press release. "However, this study demonstrates parents should be cautious about exposing youth to this series. With a third season of the series expected to air soon, continued surveillance is needed to monitor potential consequences on suicide rates in association with viewing the series."

According to the CDC, suicide is the third leading cause of death for people between the ages of 10 and 24 in the US, resulting in around 4,600 deaths each year.

In a study published last November in the Psychiatric Services journal, researchers interviewed 87 teenagers (the majority of whom identified as female) who were currently being treated for suicide-related issues at psychiatric emergency departments between 2017 and 2018, Sputnik previously reported.

The survey results revealed that 49 percent of teenagers who participated in the study had watched at least one episode of the first season of "13 Reasons Why," and 84 percent of those people had watched it alone. In addition, over half of the participants said that watching the show increased their suicide risk.