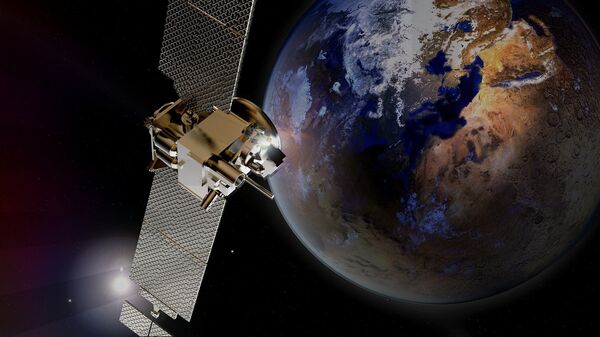 Senate Armed Services Committee Ranking Member Jack Reed noted that the Department of Defence has not yet decided what role the Guard and Reserve will play in the new Space Force service.

Sen. Joe Manchin said he was surprised to hear from committee staff that the DoD was "not really sure what the reserve components’ role would be" and that those decisions would be pushed until after the Space Force is stood up. He questioned why the DoD is asking lawmakers to vote on a proposal that does not have a "real plan for a National Guard or reserve."

Air Force Secretary Heather Wilson said: "It is impossible for me to imagine a Space Force without a reserve component."

However, in a white paper circulated on Capitol Hill, the National Guard Bureau calls for the establishment of a Space National Guard as a reserve component to the Space Force.

If a Space Force is authorized by Congress, it would be placed under the Air Force. The Guard is arguing that a Space National Guard should be aligned with the Space Force as the parent service responsible to organize, train and equip forces.

Adjutants general from several states last year raised the issue with Air Force senior leaders after Wilson in a September memo laid out her vision for how to organize a Space Force. In the memo she suggested the Army and Air National Guard units performing space duties might be transferred to the Reserves. A senior defence official told SpaceNews that Acting Defence Secretary Patrick Shanahan believes the Guard question "needs further thought." The Department of Defence’s position is that the Guard will play a "critical role going forward" and that Guard space forces will be relied upon to support military operations.

"Will they report to the Air Guard as they do now or do we need a Space Guard element? It's a legitimate debate," the official said.

During the meetings with defence committees in recent weeks, DoD officials were insistent that the Guard would be an important piece of the military's space organization, but they have been reluctant to commit to standing up a Space National Guard out of concern that it would open the door for more states to want to get in the game and build up a larger than needed bureaucracy.

"How do you do it so it doesn't get out of control?" another official told SpaceNews on condition of anonymity. He added that the Pentagon would rather not address this now and wait until after the Space Force is established to figure out how Guard forces should be structured to support the new branch.

With 15,000 Personnel, Trump’s Space Force Would Be Smallest Service Yet
Concerns about unchecked expansion if a Space National Guard were stood up are unfounded, Col. Jason Knight, the National Guard Bureau's Space Division Chief said in an interview with SpaceNews on Wednesday.

"There is no plan for growth beyond what the services have requested," he maintained. Mission requirements "follow a deliberate basing process." Both the Army and Air Force identify their operational needs and "look across the total force to decide how they're going to best apply resources to meet the need," Knight said.

US Air Force Mulls Boosting Space Military Capabilities at New Mexico Base
On the question of why a governor would need a Space National Guard, Knight explained: "The National Guard provides state and federal leaders strategic options due to our unique statutory flexibility. This means that our force can, and often do, support our state and local communities in addition to the federal mission."

Knight also noted that costs are incurred by the active component only when forces are activated and that “the fact that our forces typically spend a long time maintaining, training and operating on space weapon systems results in building and enhancing our warfighting capability.”