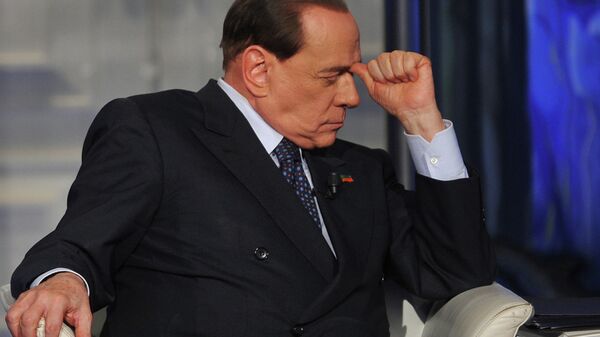 Back in 2016, former Italian Prime Minister Silvio Berlusconi underwent an open heart surgery in a severe case of aortic insufficiency to substitute his aortic valve.

"Prime Minister Silvio Berlusconi went to the San Raffaele this morning for treatment for acute renal colic. As soon as checks currently being carried out are over, he has promised to be present at the Forza Italia event scheduled for this afternoon with the European election candidates", a source close to Berlusconi told the media outlet.

The condition of the 82-year-old is unknown; Italy's former prime minister underwent routine checks earlier this year, but there were no reports of any health issues.

Berlusconi Says He 'Never Met' Dead Model Who Testified Against Him in Sex Trial
Nearly three years ago, Berlusconi had a four-hour-long heart surgery to replace a defective aortic valve after suffering from a severe case of aortic insufficiency. He was admitted to the same San Raffaele hospital in Milan on 5 June after his doctor warned that he "risked dying".

Back in 2013, Italy's former prime minister was sentenced to four years in prison on tax fraud charges, three of which were automatically pardoned, while the remaining 12 months were replaced by community work due to the politician's advanced age.

His conviction, however, caused the Senate to bar him from running for public office for six years — a decision that was overturned by a Milan court in May 2018.