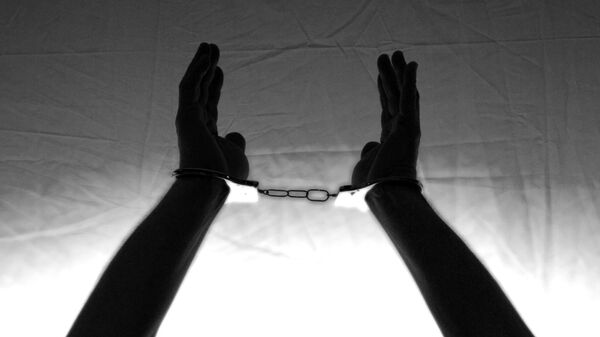 CC0 / /
Subscribe
International
India
Africa
A US Army veteran was arrested in California on Friday after the FBI uncovered his plans to carry out terrorist attacks against "Jews, police officers, churches and a military facility."

Mark Stevens Domingo, a 26-year-old man from Reseda, California, was arrested Friday night after receiving from undercover police officers what he believed to be a live bomb, central to a terrorist attack he was planning.

According to the federal affidavit filed Friday in the US District Court for the Central District of California, Domingo, the US Army veteran infantryman planned to detonate an improvised explosive device (IED) packed full of nails and other shrapnel at a "white nationalist" rally scheduled to take place in Long Beach last weekend.

​"Domingo said he specifically bought three-inch nails because they would be long enough to penetrate the human body and puncture internal organs," the court filing states.

The affidavit says federal investigators first discovered Domingo after encountering him in a private message group online, where he "described his support for violent jihad and his aspiration to conduct an attack in the Los Angeles area."

"There were mosque shootings in [N]ew Zealand," Domingo posted in the group last month, according to federal prosecutors. "[T]here must be retribution."

"I feel like I should make a christians life miserable tomorrow for our fallen bros n sis in [N]ew Zealand…maybe a jews life…they shed our blood…no Muslim should have to experience this, a message needs to be sent," he wrote, according to the document.

About six weeks elapsed between an FBI agent making first contact with Domingo and his arrest. While he contemplated many plans, he struggled to settle on a single coherent operation. However, he did know what he wanted.

"Martyrdom, bro," Domingo told the undercover agent, according to the affidavit.

However, the nail bomb plot exceeded his expertise, and he sought a professional bomb maker. The FBI agent said she could get him one.

"We'll both make it. I just don't know how," Domingo said. "I'll be honest. I'm smart in history but I failed chemistry. Science is not my forte… If he doesn't want to make it, don't force him. But ask him how. Details… F*****g to the letter details. Ask him."

According to NBC, Domingo served a four-month deployment to Afghanistan while in the US Army, beginning in January 2013.