Paraglider Snatched Up, Slung Around by Dust Devil 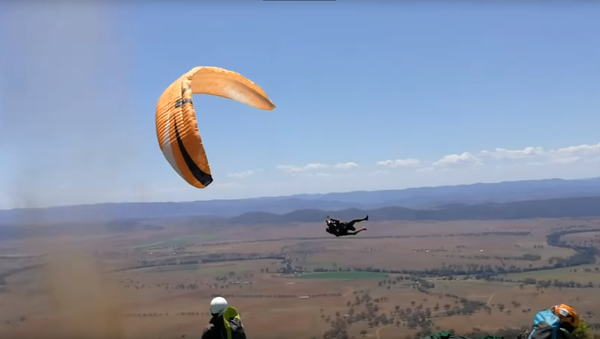 A paraglider's experience was put to the test a few months ago during an unexpected encounter with a dust devil prior to his flight on Mount Borah in Manilla, New South Wales.

The man's wife can be overheard sending well wishes and voicing her concern for his safety before he eventually takes control of the situation and glides back to the launch spot. Despite being thrown around like a ragdoll during the first few seconds of his wild ride, he made it out without a single injury.

"The pilot was uninjured by the incident. The paraglider was undamaged," Manilla Paragliding Chief Flight Instructor Godfrey Wenness told Storyful, adding that the glider and his wife would go on to continue a "five-hour and 180-km cross-country flight."