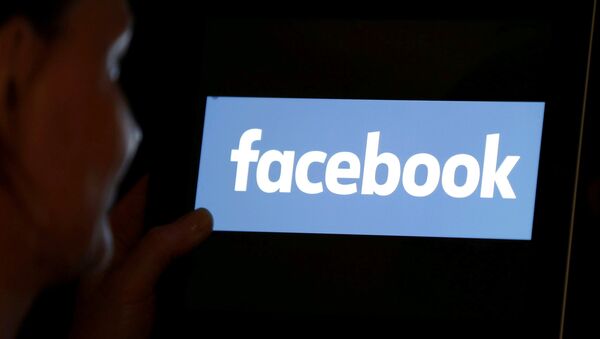 The news comes amidst a wider alleged effort by the UK government to combat online disinformation and the negative impacts that social media can have on young people in particular. Yet, it is still not entirely clear what is meant by the phrase "harmful content."

According to the Guardian, Mr Hancock, who has previously said that he wants to eradicate the "wild west elements" online, has declared that he will be establishing a new body that will, "see us [UK Department of Health and Social Care] team up with Samaritans to enable social media companies to go further in achieving our goal of making the UK the safest place to be online."

The Samaritans describe themselves as a UK-based charity that seeks to support those going through "emotional distress" typically by providing a telephone support service. The new initiative comes at a time when the UK government is allegedly seeking out ways to improve the response capabilities of internet companies, but particularly social media, to tackle potentially damaging content online, including images of child-abuse, self-harm and terrorist propaganda.

Specifically, the UK government is set to encourage the tech companies to work with the Samaritans' suicide prevention service following the suicide of 14-year-old Molly Russel in 2017, who killed herself after allegedly viewing self-harm images online.

Sutherland, the chief executive of the Samaritans, has been quoted as saying of the initiative that, "this partnership marks a collective commitment to learn more about the issues, build knowledge through research and insights from users, and implement changes that can ultimately save lives."

"There is no black and white solution that protects the public from content on self-harm and suicide, as they are such specific and complex issues, that is why we need to work together with tech platforms to identify and remove harmful content while being extremely mindful that sharing certain content can be an important source of support for some," Miss Sutherland reportedly added.  It is a very worrying statistic that 1 in 5 people have considered suicide at some point.

While some may welcome the initiative as a needed sweep-up of potentially sinister online content, there are no doubt others who will view it as an excuse to further encroach on users' internet freedoms. Moreover, there are some concerns that excessive regulation of the internet by big government could stymie online innovation.

The developments have surfaced at a time of slow sea change in the attitude of the UK government toward the conduct of social media companies, particularly Facebook, with many MPs now calling for the implementation of strict regulatory policies. Recently launched initiatives include heavy online age-check requirements that ask users to provide proof of age for a variety of websites, which may soon include some as innocent as news services.

A leak recently obtained by the Guardian also found that an "independent" social media watchdog is to be established that can mete out fines to the bosses of tech firms for "harmful content" published on their platforms. Yet, critics point out that the definition of "harmful content" is inherently vague therefore it is not clear what kind of content will be targeted.

All of this comes not long after the publication of a report into online "disinformation" by the UK parliamentary Digital and Culture Committee. The report concluded that Facebook had become a "digital gangster" and called for the social media giant to be regulated by new government law, also saying that the UK should lead the way in a global effort to restore "balance" between social media platforms and "the people."