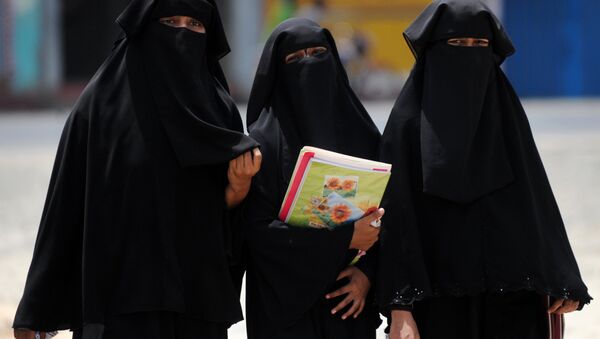 According to a statement issued by a media division of the Sri Lankan president, the country will put a ban on clothing covering face starting tomorrow.

Following the blasts, the authorities launched major security operation in several districts. As a result, security personnel seized clothing and flags linked to Daesh, 150 gelignite sticks, 100,000 iron balls, drones and at least one suicide vest during a raid in the same locality.