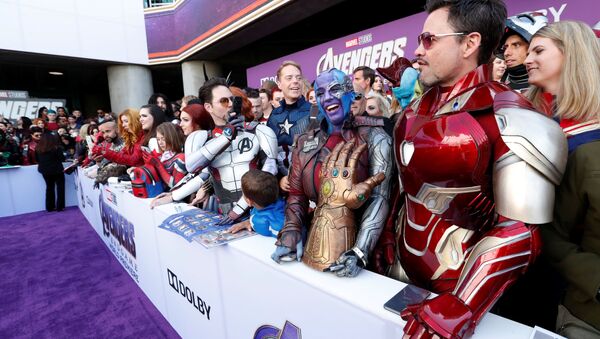 At the moment, "Avengers: Endgame" is reported to have recorded the biggest global opening in film history having already earned over $644 million at the box office worldwide. The film is the 22nd in the Marvel Cinematic Universe produced over the last decade.

With the opening of the film "Avengers: Endgame", people around the globe are becoming concerned over spoiler alerts, trying to evade those who have already watched the film and are eager to share their opinions about the crucial plot twists.

According to a post shared on Reddit, a math teacher threatened to fail half of the class randomly if someone spoils the long-awaited movie.

"Warning: If I hear even one Endgame spoiler, half of the class (chosen randomly by coin flip, fair and impartial) will immediately fail my class", the warning reads. "Don't even make up lies to be funny… I don't want to hear one word about it at all!"

Going on the internet today and trying to avoid Avengers spoilers like: pic.twitter.com/3kl4Bc8Qql

This teacher is not the only one who is taking security measures in order to watch "Avengers: Endgame" without spoilers — and to help others evade that possibility. Users earlier shared a photo of another teacher appealing to students on the issue.

My teacher is so serious he just had to make note of it😂#AvengersEndGame pic.twitter.com/ghoNheDIIW