‘Pure Fear’: US Tourist Kidnapped in Uganda Describes the Moment of Her Capture 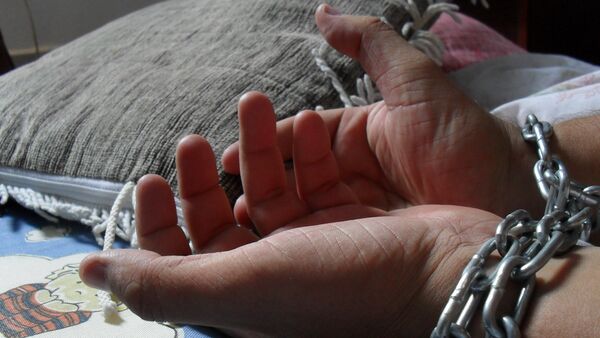 Despite her best attempts to “humanize” her kidnappers, at some point the US tourist started planning on forcing them to shoot her, seeking to evade worse outcomes. The woman was released several days after her ransom was paid.

Kimberly Sue Endicott, a US tourist kidnapped on 2 April in Uganda, recently described the moment of her abduction for the first time. In an interview with CBS, she described her impressions and emotions at the time.

According to Endicott, she went to Uganda's Queen Elizabeth National Park with tour guide Jean-Paul Mirenge to realize a dream of seeing gorillas in the wild. Her quest proved successful initially, with two apes coming to her and touching her on the first day.

"All of the guides said, ‘You are very lucky,'" Endicott said in the interview.

An American tourist kidnapped in Uganda and held captive for nearly five days is opening up about the terrifying ordeal. Kimberly Endicott was on a safari in Queen Elizabeth National Park when four men kidnapped her and her tour guide. https://t.co/oAFPJzHgId pic.twitter.com/PQBPLEZReX

​However, on the third day of the trip, things unexpectedly went south. Endicott and Mirenge were driving through the park along with an elderly Canadian couple when four men with guns walked out of the bushes. Endicott first took them for park rangers, but soon noticed they were "ragtag" and were not wearing uniforms.

"All of a sudden four men come out of a perfectly square bush… They make us get out of the vehicle. They make us sit on the ground. And that's where things go very, I don't know how to describe it. There's really not a word to describe what that felt like." — Endicott pic.twitter.com/vx8VFw7pGY

​"They make us get out of the vehicle. They make us sit on the ground. And that's where things go very- I don't know how to describe it. There's really not a word to describe what that felt like," she said. "Pure fear? But that almost doesn't do it justice."

The men forced Endicott and Mirenge to accompany them into the park, leaving the elderly Canadian couple and their vehicle behind. Endicott noticed one of her kidnappers was shaking, and she wondered if they were on drugs.

Despite that, she decided to "humanize" her kidnappers and make sure she viewed them as ordinary people, in an effort to make them see her as a human as well.

What are you thinking is going to happen? Where is he taking you?

"That's what I don't know… And then the sun is setting and we keep walking. And it gets to complete, like, pitch darkness… I look up in the sky and I see the most beautiful sky I've ever seen in my life." pic.twitter.com/EkNf5agd3X

​"That became my mission for myself, was to be human with them. Not only for them to see me that way, but for me to see them that way," she said.

At some point, however, she started considering worst-case scenarios, Time reports.

"How do I get them to shoot me? Just shoot me, instead of raping me or dismembering me?" she said. "If I ran, oh I think that would just make them angry. And I think I would get treated pretty badly if I tried to run."

So you thought, "If something bad is going to happen," you're thinking, "please let it happen quickly." — @GayleKing

​Eventually, she abandoned the idea of running altogether, as she came to understand there is nowhere to run in the Ugandan wilderness.

A $500,000 ransom was reportedly paid by the tour firm Wild Frontiers on 7 April for the return of Endicott and Mirenge, according to the New York Times. The Ugandan police said they arrested several people in connection to the kidnapping, adding that the investigation in ongoing, according to AP.