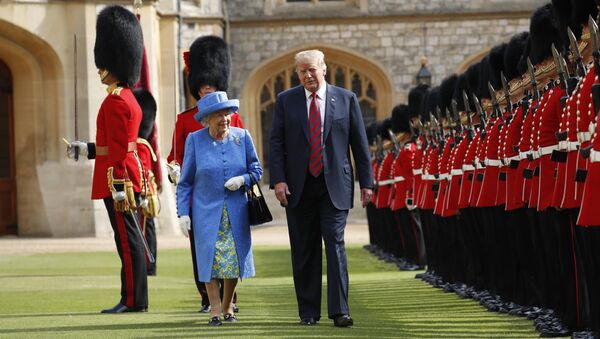 After years of speculation as to whether it would ever happen, Donald Trump is at last due to have a state visit to the UK from June 3-5 of this year. Both pro- and anti-Trump protestors are expected to storm London’s streets in strong numbers.

As per the conventional pomp and ceremony, Mr Trump will have the red carpet unfurled at his feet when he arrives in London, where he will, among other things, meet and dine with the Queen.

However, it is yet to be seen whether the US president will address the UK parliament. British critics of Trump, who often to deride him as a ‘bigot' and ‘racist' argue that he should not be given the privilege. On the other hand, there are those, such as the UK's Foreign Secretary, Jeremy Hunt, who argue that Trump should be able to deliver a speech to British MPs.

The President of The United States of America, President Donald J. Trump, accompanied by Mrs Melania Trump, has accepted an invitation from Her Majesty The Queen to pay a State Visit to the UK. pic.twitter.com/e3ANW9bUKa

"I think it is very important when you have a state visit by our closest and most important ally that we think about the office as much as the person. I hope we make the best possible welcome for President Trump," Mr Hunt has been widely quoted as saying.

Defence Minister Tobias Ellwood says that if Donald Trump requests to address Parliament then he should "absolutely" be allowed to.

Donald Trump will make a three-day state visit to the UK from 3 June https://t.co/0JdYRT1jA0 pic.twitter.com/DMt3g0EXm3

Yet, the inconvenient truth for Mr Trump's most vociferous critics is that arguably much more controversial world leaders have been bestowed with a state visit in the past.

Here are just five of the most controversial.

Zimbabwe's former leader was given a state visit back in May 1994. In what was largely seen as a post-empire effort by the British establishment to maintain its influence and prestige on the African continent, Mr Mugabe was even granted a knighthood by the Queen. Before that, Mugabe was known for his anti-British tirades, often slamming London as a failed imperialist power and regularly laying the blame for Zimbabwe's problems at Britain's feet. Yet, Mr Mugabe's 1994 romance with the UK was short lived, and his knighthood was rescinded in 2008 when news bubbled to the surface that he'd overseen a campaign of allegedly expunging his political rivals by force. However, it would have been difficult for the British monarchy and government of 1994 to claim that they were not aware of Mugabe's less agreeable side. The Queen reportedly said to Mr Mugabe during his visit that, "through your personal commitment to economic reform… your economy seems to be well on the way to recovery and sustainable growth." 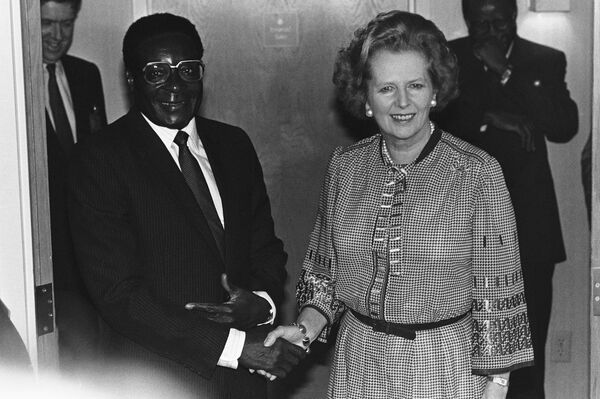 China Slams Japan for Protesting UN Secretary-General Visit to WWII Parade
Hirohito was the 124th Emperor of Japan who reigned from 1926-1989 and was given a state visit to the UK in October 1971. His visit also evoked a great deal of controversy. As the head of Japan during World War II, the degree to which he directly oversaw imperial Japan's wartime atrocities in places like China, where hundreds of thousands perished at the barrels of Japanese guns, has been heavily debated by historians. His UK visit was also protested by British veterans who had been held as prisoners of war in Japanese labour camps. During the state banquet, the Queen reportedly said to Hirohito that, "We cannot pretend that the past did not exist, We cannot pretend that the relations between our two peoples have always been peaceful and friendly."

It shouldn't take too much imagination to understand why the the 43rd President of the US' visit during November 2003 was so controversial: in March of that year he presided over the US invasion of Iraq. Protesters took to the streets of London to make their disagreements with Bush's visit clear, which included the pulling down of an effigy of Mr Bush in Trafalgar Square, mimicking scenes of Saddam Hussein's statue being brought down in central Baghdad just a few months earlier. Reports at the time said that millions had to be be spent bolstering security during Bush's visit. 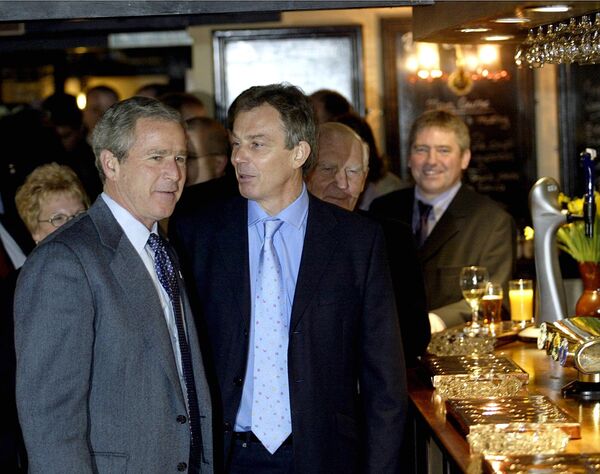 US President George W. Bush (L) and Prime Minister Tony Blair stop by the Dun Cow Inn for lunch 21 November 2003 in Trimdon, UK. Bush is finishing a four-day state visit to Britain today and will return to Washington this evening.
© AFP 2022 / TIM SLOAN

The former Egyptian strongman who was ousted during the Arab Spring of 2011 was invited by the British monarchy for a state visit in 1991. British human rights groups at the time decried Queen Elizabeth’s invitation to a leader accused of imprisoning his political opponents and presiding over a government riddled with top-down corruption. While Mr Mubarak was lavished with all the pomp and ceremony that comes with a state visit, including tour of Buckingham Palace with the Queen, a great deal of the occasion was reportedly consumed by negotiations between Mubarak and then-Prime Minister John Major over the Israeli-Palestinian peace process. 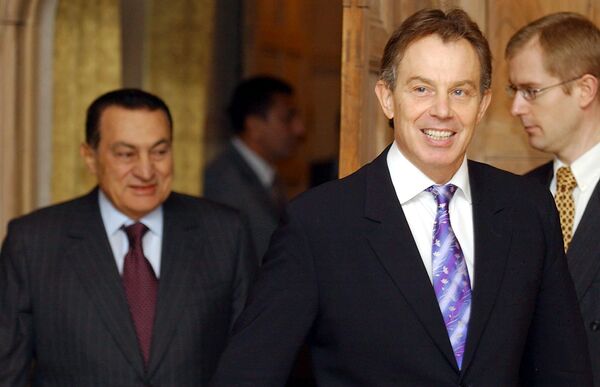 Britain's Prime Minister Tony Blair is followed by Egyptian President Hosni Mubarak at his residency at Chequers in the county of Buckinghamshire, near Wendover, 07 March 2004. Egyptian President Hosni Mubarak and British Prime Minister Tony Blair will review during their summit meeting developments in the Middle East, notably in Iraq and Palestine, and international and Arab initiatives for reforms.
© AFP 2022 / Martyn HAYHOW

While it seems difficult to imagine today considering the decaying state of relations between Iran and the West, there was a time before the 1979 Islamic Revolution when Tehran was the best friend of London in the Middle East. That relationship culminated in a 1959 state visit by the Shah of Iran, Mohammad Reza Pahlavi. However, despite his talk of secularism and liberty, the Western-backed Shah was later revealed to be a rather controversial figure who had engaged in the mass incarceration and torture of dissidents. Many ordinary Iranians later became so exhausted with the endemic corruption that the Shah brought to the Iranian leadership that they sided with leader-in-exile Ayatollah Ruhollah Khomeini to remove Mr Pahlavi from power in a nationwide revolution. Despite his dubious character, Queen Elizabeth was more than happy to ride down the Mall from Buckingham Palace with the Shah in a horse-drawn carriage.