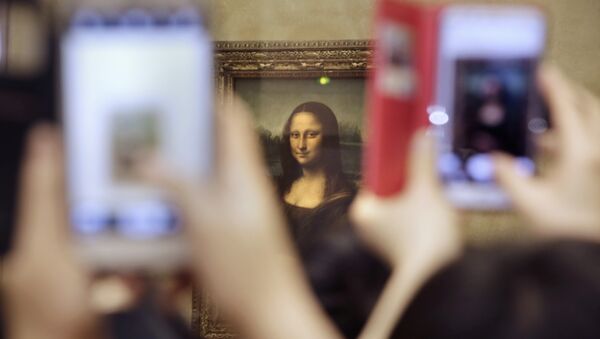 The findings come from a survey of 2,000 British citizens by airline easyJet, and demonstrate many of the world's most famous sites and destinations can often be extremely underwhelming for visitors.

The portrait hangs in the Louvre in Paris, which ironically features at number nine on the list — 86 percent of respondents thought the portrait, painted by Leonardo da Vinci in the 16th century, was a "let down".

Checkpoint Charlie — the infamous Cold War border crossing between the former east and west Berlin — is the second most disappointing attraction, disliked by 84 percent of Britons, while Brussels' Manneken Pis is third, with 80 percent unimpressed by the bronze statue of the urinating naked boy.

Holidaymakers also found Paris' Moulin Rouge and Eiffel Tower underwhelming, along with the Spanish Steps and Trevi Fountain in Rome, the Little Mermaid statue in Copenhagen and the Leaning Tower of Pisa in Italy.

A2. I find the Eiffel Tower so disappointing every time I see it. Its uncannily like a telephone pylon. Luckily Paris has lots of other gorgeous sights! #DCtravchat pic.twitter.com/bRRm7Sa4RR

Mystery of Mona Lisa's Smile Finally Solved (Or So It Seems)
The survey also revealed Instagram has became a favoured ‘travel brochure' for British holidayers, with 55 percent booking trips abroad based on photographs they see on the social media platform, and 32 percent saying their top priority when considering a travel destination was how well their holiday photographs would look on Instagram.

"As people's attention turns to booking their summer holidays our research shows they're turning to social media not only to showcase their travels, but to inspire their next adventure in the first place," commented Daniel Young, head of digital experience at easyJet.