Operation Smear: Self-Servers in Westminster Still Don’t Get it Do They? 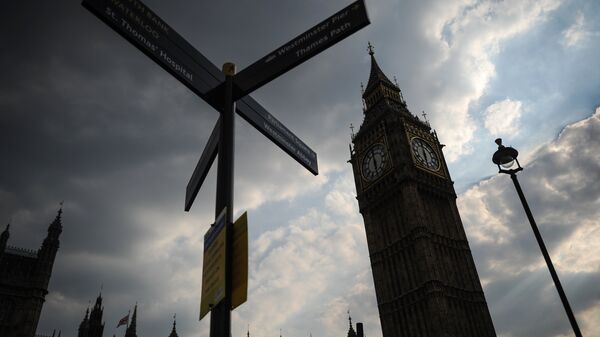 Jon Gaunt
All materials
They have spent the best part of this week desperately trying to impress and pretend to listen to a 16-year-old kid from Sweden whilst ignoring the democratic wishes of 17.4 Million Brits.

In between times these virtual signalling morons have been trying to organise demonstrations against the democratically elected President of the Free world from visiting the UK.

Last night, to cap it all, Green Party MP, Caroline Lucas said, “I am worried about Nigel Farage because he’s very good at whipping up a lot of hatred and racism.”

Well, just to put Caroline Lucas in the picture and for that matter the likes of Chuka and the rest of the self-satisfied, self-servers, Nigel Farage doesn’t really have to be that that good at whipping up the masses as you lot have done it yourselves by subverting a clear referendum result.

Pro-EU Group Hijacks Brexit Party Website After Farage Forgets to Register URL
Aided and abetted by their lickspittle mates in the lamestream media, they can’t see the people’s revolution that is happening right under their noses and they have all retreated to their politically correct silos in the hope that this will all blow over.

Think again guys! Because I am more and more seeing our Brexit vote as similar to the American revolution where people were demanding an end to taxation without representation. Effectively they wanted to control their own destiny and isn’t that exactly what the Leave vote was all about?

However, our desire to regain our independence and be a sovereign nation again is sneered at by the establishment elite and described as crude populism not a desire for autonomy and independence.

Nigel Farage has become the focal point of this attack because they love the idea of making Farage, Batten, even Tommy Robinson appear as demagogues who have whipped up the ignorant masses to revolt. However, I don’t believe that the people needed that much whipping.

Ever since the Brexit vote, the EU have been hellbent on humiliating this great nation and many of our domestic politicians have been all too keen to let them do it, rather than siding with the people. This is why we have had this three-year delay in implementing our wishes and this is why we are now preparing to waste £100 million to pay for EU elections three years after we voted to leave.

Nigel Farage Blasts Remainer MEPs Lobbying For Second Brexit Referendum
However, the wheels are beginning to fall off their EU bandwagon as it looks increasingly likely that Nigel Farage's new Brexit party will romp home in the EU elections. This is something that our political and establishment elite did not see coming and now really dread, so operation fear is transmuting into Operation Smear.

Of course, this is focused on the likes of Farage but it is also clearly focused on the 17.4 million who voted leave. They want to smear all of us patriotic Brits.

To want independence from the iron grip of the EU in their mind you must be a bigot, a racist, thick, anti-climate change, Gammon, at death’s door, transphobic Islamophobic etc. You get the picture?

I know it sounds ridiculous but many in the Westminster bubble believe this cultural Marxist rubbish; it must be something they put in the water or the subsidized champagne in the House of Muppets?

So, they believe that almost trampling over each other to be seen to be listening intently to the frankly childish, almost paranoid, end of the world rhetoric of pig tailed Greta Thunberg will play well with the general public.

I have a message for them all. It will not.

Most people think this silly girl should be back at school, not organising school strikes around the globe, aided and abetted by her mum, who just so happens to have a book out on global warming! Gosh! Life throws up some unexplainable co-incidences doesn’t it?!

Look, when I was a kid that bloke James Burke on the BBC use to scare the hell out of me and probably you too with his end of the world science programmes. But we got sent to bed and then sent to school the next day and told by our parents not to be silly. We were not indulged.

However, the complete opposite is true with Greta and we are all meant to play along with this nonsense because she has Aspergers and therefore is immune from criticism.

Look, I believe that global warming is happening and we all need to play our part but her preaching would be better in China, India, Africa or dare I say it in the US.

It is obvious that she is using being used by these climate change fanatics as the Poster girl of their campaign.  How long before we have the Che Guevara style T-shirts and a poster of her on every student’s bedroom wall?

I am only surprised that they haven’t renamed Nelson Mandela House after her.

PM May Blames Corbyn for Dragging on Brexit Talks, Calls for ‘Urgent Progress’
She is also being used to push the agenda of lowering the age of voting to 16, which of course would be loved by the tree hugging liberals in the Labour Party and the Greens.

How weird that they feel we should listen to the voice of doom of this 16-year-old but that Shamima Begum, the Jihadi Bride, at the same age of 16 was too young to know her own mind and was groomed?

This is just one example of the mind-blowing hypocrisy of this Common Purpose elite who think they are so much better than us decent, law-abiding tax payers.

But it gets worse and even more stupid because at a time when we clearly need a trade deal with the USA, over fifty MP’s have already started a campaign to stop Donald Trump’s State visit and John ‘Berk  ow’ is having a hissy fit trying to stop the leader of the free world from addressing Westminster.

With Trump’s acknowledged vanity this is clearly a case of the Elite shooting the whole of the country in the collective foot.

No doubt London’s useless Mayor is busy filling up the anti-Trump balloon as we speak. Let’s face it, he has plenty of hot air doesn't he and he is not that busy as he is so on top of the knife and gun epidemic that has turned our great capital city into a third world sh**hole.

What ordinary people want i.e. the ‘bigot, racist, thick, anti-climate change, Gammon, at death’s door, transphobic Islamophobic etc’ is clear and tough action on these gun and knife wielding thugs with more cops on the street, starting with the 20 thousand that Theresa May cut, tougher sentences and zero tolerance.

What the ‘bigot, racist, thick, anti-climate change, Gammon, at death’s door, transphobic Islamophobic etc’ want is a real full on State visit from Donald Trump and a restoration of the special relationship sealed with a thumping great trade deal.

What the ‘bigot, racist, thick, anti-climate change, Gammon, at death’s door, transphobic Islamophobic etc’ want is a political class that truly represent their desires and vision of just how great our country is and can become.

They want politicians who believe in them and not in feathering their own nests and that is why people like Farage represent the the real change in British politics, not the like of Chuka, Corbyn and Anna Soubry.

Believe me, change is coming even if the Establishment Politicians and their mates in the MSM can’t see and there in nothing that they can do now to stop it.