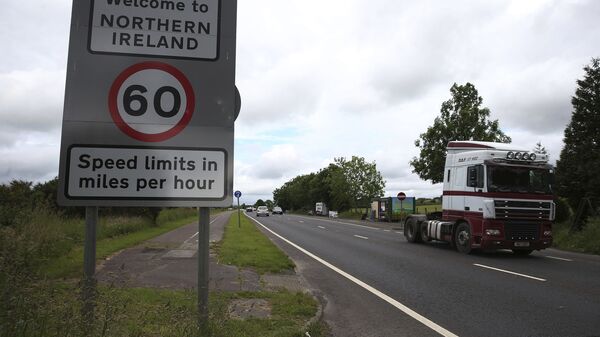 In line with the deal agreed between the Brussels and London in November 2018 – a deal voted down three times in the House of Commons - all of the UK would remain in a de facto customs union with the EU until a trade and security agreement has been installed to safeguard against a hard border between the Republic of Ireland and Northern Ireland.

A new report, commissioned by the German Green Party and seen by The Guardian, is set to rekindle concerns in Berlin over the current wording of the Brexit withdrawal agreement.

The Irish backstop plan in its present form could reportedly undermine the EU’s green and social standards while still keeping UK access to the European single market.

Those behind the report claim the current Irish backstop is nothing short of a brilliant deception devised by UK negotiators to allow a future British prime minister to undermine the EU’s green and social standards while retaining access to the European single market.

Thank you @Die_Gruenen & @europeangreens for this report on vulnerabilities of the Irish Backstop for environment https://t.co/wuyrqNT0a9

Once the backstop would be in place, the customs territory would “include the corresponding level playing field commitments and appropriate enforcement mechanisms to ensure fair competition between the EU27 and the UK”, to prevent Britain from diverting from EU standards on environmental or social protection, says the current deal.

Despite the withdrawal agreement specifically stating that Britain must not undermine European standards for social and environmental protection – such as those stipulated by working-hour directives or emissions targets – it omits to say how the UK should ensure compliance with these standards.

“The bitter reality for the EU is that the UK negotiated successfully in their interest to lower standards, limit freedom of movement but keep de facto market access”, said Franziska Brantner, a Green MP who commissioned the report.

Authors of the report claim a future, possibly more rash, government in London could theoretically allow companies to self-regulate.

The new German report, seen by The Guardian, accordingly warns that the flawed wording of the deal means that the EU will find it impossible to stop a more forceful Boris Johnson or a Jacob Rees-Mogg from breaking with these standards and yet continuing to export British products into the single market.

The report, which suggests tightening the wording around social and environmental standards at the future relationship stage, will most likely reawaken concerns about the deal, understood to be shared across the political spectrum.