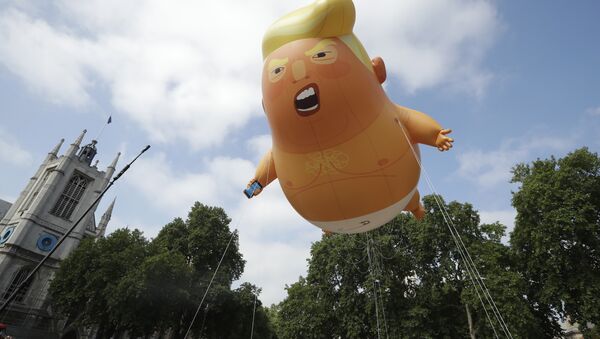 President Trump's much-touted state visit to the United Kingdom, now set to commence on the third of June, appears to have provoked mixed reactions from the British establishment, with mass demonstrations similar to what was seen during his previous visit being suggested as a possibility.

The speaker of the British Parliament, John Bercow, and the leader of the Labour opposition, Jeremy Corbyn, have both refused an invitation to attend a banquet due to be held in honour of Donald Trump's state visit to the UK in June.

A statement by Mr Bercow's spokeswoman said that, "Mr speaker has been invited to the banquet, but he will not be attending." The statement did not go on to elaborate a reason for the decision to decline.

Mr Corbyn's statement however, was less veiled in ambiguity: "Theresa May should not be rolling out the red carpet for a state visit to honour a President who rips up vital international treaties, backs climate change denial and uses racist and misogynist rhetoric."

"Maintaining an important relationship with the United States does not require the pomp and ceremony of a state visit. It is disappointing that the Prime Minister has again opted to kowtow to this US administration. I would welcome a meeting with President Trump to discuss all matters of interest," Mr Corbyn added.

It is expected that Mr Bercow will face the wrath of his Conservative party colleagues over the decision, who as the government are tasked with helping to organise the event. Yet, this is not the first time that Mr Bercow has made public his obvious disdain for President Trump. In 2017 the speaker said that he was "strongly opposed" to giving the US commander-in-chief the opportunity to address the British parliament in a speech in Westminster citing his position on immigration from particular Muslim countries as one reason.

#JohnBercow is refusing to issue an invitation to @realDonaldTrump to address the UK Parliament this summer.

Bercow states that it’s an ‘earned honour’, not a right. An honour #Trump doesn’t deserve, citing ‘opposition to racism & sexism’.

Despite his conviction, Mr Bercow is under increasing pressure from fellow conservatives who think that Mr Trump should, as the leader of the country that is widely seen as the UK's strongest ally, be allowed to address parliament in a speech.

The Conservative Party's Lord Fowler has said that there is "a strong case" for a speech by the President. Moreover, UK Foreign Secretary Jeremy Hunt has been widely quoted as saying that, "I think it is very important when you have a state visit by our closest and most important ally that we think about the office as much as the person."

"I hope we make the best possible welcome for President Trump. He is a controversial politician, but in the end his visit is about more than Trump's policies, it is about the alliance between the United States and United Kingdom that goes back many, many years," Mr Hunt added.

John Bercow refuses to dine with POTUS. I suspect he’d be eager enough to dine with with other heads of state who have committed real rather than imaginary human rights abuses. https://t.co/kAuByY4VhA

Day After Official Visit Confirmed, President Trump Claims UK Spied On Him
Baroness Boothroyd, who served as House Speaker from 1992-2000 has also piped up, reportedly saying that: "the speaker has no authority as to whom should address Parliament. President Trump may not be flavour of the month with many, but he is coming to this country as head of a major player in the free world to commemorate with us the D-Day landings. He should be welcomed as a representative of the American people who sent their sons to fight alongside us."

Yet, Mr Bercow is not the only one who is refusing to attend the state banquet. Leader of the Liberal Democrats, Sir Vince Cable, has already shot down the prospect of attending. The leader of the Labour opposition, Jeremy Corbyn, is said to have received an invitation to attend from the Queen, but whether he will or not remains to be seen.

Viral
The Memes Are Back as Donald Trump's Second State Visit to UK Announced
US President Donald Trump and First Lady Melania Trump will travel to the United Kingdom and France on the invitation of Queen Elizabeth II and French President Emmanuel Macron.

Around 50 Labour Party members of the parliament are also believed to have signed up to an Early Day Motion demanding the visit must be canceled, with the motion apparently accusing Trump of "misogynism, racism and xenophobia."

Queen Elizabeth previously invited Trump to make a state visit to the UK in January 2017, but the plan was called off amid protests against Trump. The US president instead traveled to the UK in July 2018 on a working visit.