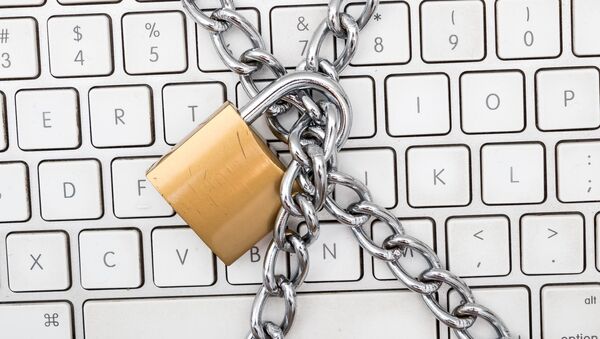 Federal prosecutors have been dropping child pornography cases for years in an effort to avoid scrutiny of the software used to bring the charges, a report by ProPublica has found. The Department of Justice’s actions raise questions about the accuracy and legality of their methods.

ProPublica has "found more than a dozen cases since 2011 that were dismissed either because of challenges to the software's findings, or the refusal by the government or the maker to share the computer programs with defense attorneys, or both," according to an April 3 report.

Other groups have raised concerns about this as well, including Human Rights Watch, which lamented in a February letter to the DOJ, "Since the system is designed to flag people as suspected of having committed crimes, both its error rates and its potential to exceed constitutional bounds have implications for rights… it is unclear what information the Justice Department has about CPS' potential for error (and on what basis)."

Child Protection System (CPS) is just one of the software tools used by investigators to identify suspects, but it's owned by a private company, TLO, which has intervened repeatedly in federal cases to put an end to questions about how much data the program accesses and stores, Reason noted.

It's been a repeated problem: DOJ partnerships with private companies providing their secretive digital surveillance tools result in those companies blocking scrutiny of the functioning, efficacy and accuracy of those tools in the name of protecting "trade secrets."

HRW said it was afraid "the government may be shielding its methods from scrutiny by relying on its arrangements with" private entities.

Forensics expert Tami Loehrs told ProPublica she was aware of more than 60 cases in which defense lawyers have tried to vindicate their clients by focusing on the software used to present evidence against them.

"Defense attorneys have long complained that the government's secrecy claims may hamstring suspects seeking to prove that the software wrongly identified them," ProPublica wrote. "But the growing success of their counterattack is also raising concerns that, by questioning the software used by investigators, some who trade in child pornography can avoid punishment."

"When protecting the defendant's right to a fair trial requires the government to disclose its confidential techniques, prosecutors face a choice: Give up the prosecution or give up the secret. Each option has a cost," Orin Kerr, an expert in computer crime law and former DOJ trial lawyer, told ProPublica. "If prosecutors give up the prosecution, it may very well mean that a guilty person goes free. If prosecutors give up the secret, it may hurt their ability to catch other criminals. Prosecutors have to choose which of those outcomes is less bad in each particular case."

TechDirt reported in 2015, based on documents obtained by the American Civil Liberties Union, on a similar practice by the FBI with regard to its Stingray devices, which are now known to be electronic monitoring devices that mimic cell phone towers. When evidence obtained by Stingrays was challenged in court, the agency instructed subsidiary departments not to disclose information about the devices, lying if possible and dropping the cases altogether if not.

In a similar case, Sputnik reported in March 2018 that Geek Squad, an electronics repair subsidiary of tech retailer Best Buy, has developed a close relationship with the FBI through which Geek Squad alerts the agency of illegal material found during repairs of customers' computers.

A Freedom of Information Act (FOIA) lawsuit filed by the Electronic Frontier Foundation (EFF) against the DOJ in 2017 uncovered the practice, which violates the Fourth Amendment that protects Americans against unlawful searches and seizures of their property.

In its defense, Best Buy said it had "a moral, and, in more than 20 states, a legal obligation to report these findings to law enforcement" and that customers were made aware of the possible consequences prior to any repair work being done on their machines. However, FBI memos obtained by EFF show that on at least one occasion, a Geek Squad employee received $500 in exchange for a tip from the FBI.

However, in several cases, judges have thrown out evidence obtained through such means because police searched a defendant's hard drive before they obtained a warrant for it.