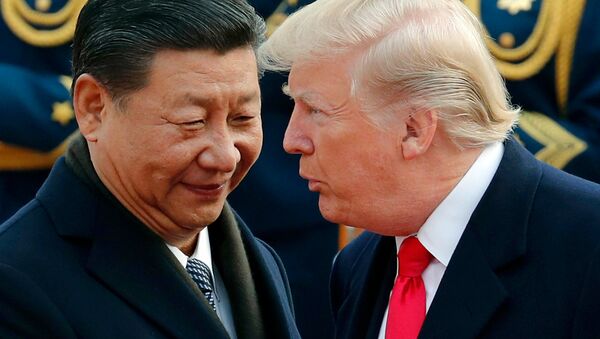 The US and China have been entangled in a trade dispute since last year, exchanging rounds of tariffs and economic threats. The coming meeting between US President Donald Trump and China's President Xi Jinping is expected to seal the deal between the two countries.

Trump said on Thursday he will soon host Chinese Xi at the White House, setting the stage for a possible agreement on trade between the US and China, Reuters reports.

Earlier in the week it was reported that US Trade Representative Robert Lighthizer and Treasury Secretary Steven Mnuchin would travel to Beijing for trade talks beginning on 30 April.

Previously, the Wall Street Journal reported, citing sources familiar with the matter, that trade negotiators from the United States and China had set up a draft schedule of meetings that they hoped would conclude with a formal signing ceremony as early as 27 May, or the Memorial Day holiday in the United States.

US, China Aim to Sign Trade Deal in Late May or Early June - Reports
The bilateral talks, according to reports, are aimed at ironing out the wording of a final trade agreement that would be signed by Trump and Xi.

Beijing and Washington have been embroiled in a trade dispute since June, when Trump announced the United States would impose 25 percent tariffs on Chinese goods worth of $50 billion in a bid to fix the US-Chinese trade deficit. Since then, the two countries have exchanged several rounds of trade tariffs.