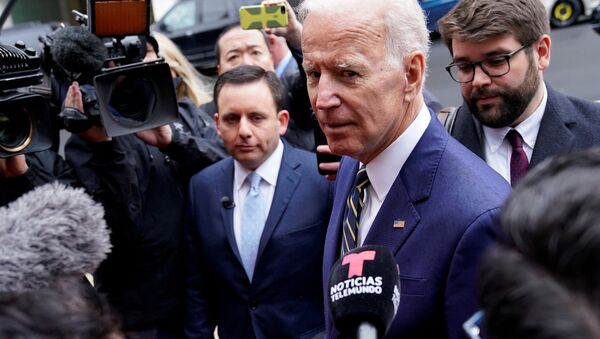 According to US President Donald Trump, Joe Biden and Vermont Sen. Bernie Sanders are likely to become the front-runners from the Democratic Party in the 2020 election.

Former US Vice President Joe Biden has formally announced that he will seek the Democratic Party's nomination for the 2020 US presidential election.

"We are in a battle for the soul of this nation," Biden said in a stark video released online, calling on voters to deny Republican Donald Trump a second term in office.

The core values of this nation… our standing in the world… our very democracy…everything that has made America — America —is at stake. That’s why today I’m announcing my candidacy for President of the United States. #Joe2020 https://t.co/jzaQbyTEz3

​Biden served as vice president from 2009 to 2017 under former President Barack Obama. Prior to that, Biden represented the state of Delaware in the US Senate between 1973 and 2009. He ran for president of the United States in 1988 and 2008, but withdrew early from both races.