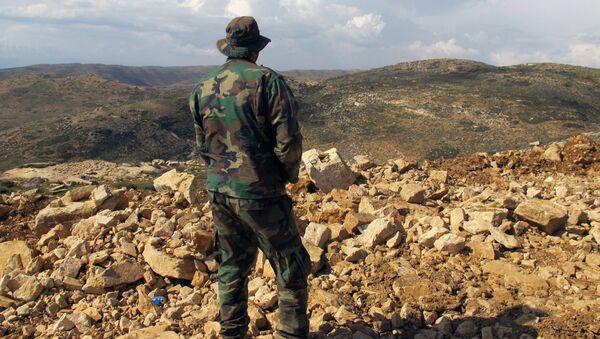 Germany has refused to classify the Lebanon-based Shia paramilitary and political group Hezbollah as a terrorist organisation despite the US, Saudi Arabia and Israel pressuring allies to ban the group in what they say could deal a blow to Tehran's influence in the Middle East.

US customers have been urged to boycott German cars in a show of protest against Chancellor Angela Merkel’s unwillingness to blacklist the Shiite paramilitary and political organisation Hezbollah as a terrorist group.

The action was initiated by the newly formed Committee to Ban Hezbollah in Germany, which placed a full-page advertisement in the Jewish Journal of Greater Los Angeles which reads, “Boycott the German car industry until Hezbollah is banned in Germany”.

READ MORE: US to Pay Up to $10Mln for Info to Disrupt Hezbollah’s Financial Net — Officials

The ad notes that despite Hezbollah’s involvement in the 1996 Khobar Towers bombing which killed 19 US airmen, “Germany allows Hezbollah to operate openly on its soil”.

“It’s time to send a message to the German government. Americans will not buy their cars while it allows the murderers of our soldiers to raise money, recruit and propagandise on German soil,” the ad reads.

The Jerusalem Post quoted a spokesperson for the Committee to Ban Hezbollah as saying that they plan to send the advertisement to German diplomats and managers of German automobile companies in the US, including Daimler, BMW, Volkswagen, Audi and Porsche.

The development comes after Niels Annen, Minister of State at the Federal Foreign Office, told Der Spiegel last month that Lebanese stability is in Germany's interest and that the federal government will abstain from banning Hezbollah and classifying it as a terror group.

Netanyahu Warns Hezbollah Cell Exposed in Syria 'Just Tip of Iceberg'
The German government has repeatedly refused to “fully” ban Hezbollah, with federal intelligence agencies believing that almost 1,000 members from the group are active in the country, raising funds and recruiting new members.

In late February, the UK became the latest country to outlaw Hezbollah's political wing, joining the likes of the United States, the Arab League, Bahrain, Canada, France, Israel, Japan, the Netherlands, and the UAE. Russia, like Germany, does not recognise Hezbollah as a terrorist group.

The organisation was founded in the 1980s to fight Israeli forces; the group has been instrumental in fighting terrorists in Syria, whose attacks often targeted the country's Shiite minority.

Tel Aviv and Washington have accused Hezbollah, which gets financial backing from Iran, of receiving weapons from the Islamic Republic in violation of international law. Tehran denies that it supplies arms to the group.