‘Deadly Forever’: Dangerous US Atomic Reactors May Be Subsidized by Ohio Bill 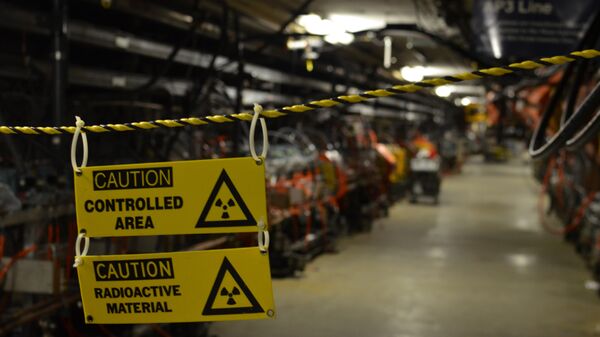 ​"Both of these nuclear power plants are owned by First Energy. And this is about the sixth round of this fight over the past several years. There's a bill, House Bill 6, and long story short, it would provide about about $150 million a year for these two old reactors in Ohio, and it would be public money. So, there's a big coalition of opponents. Everybody would have to pay extra just to keep these uneconomic and dangerous reactors going," Kamps explained.

House Bill 6 would establish a program within the Ohio Air Quality Development Authority that would subsidize the two nuclear power plants by awarding them $9 for every megawatt hour of carbon free energy they produce.

However, according to Kamps, the nuclear reactors are extremely dangerous and should not be in operation.

"[Davis-Besse is] one of the most dangerous atomic reactors, certainly in this country, and in that sense, perhaps worldwide,"

"In 2002, Davis-Besse suffered what is now known as the ‘hole in the head' fiasco," Kamps explained. On March 5, 2002, maintenance workers found that corrosion had eaten a hole inside the reactor vessel head of the plant. The plant was shut down until March 2004, and the US Nuclear Regulatory Commission (NRC) fined First Energy more than $45 million for violations that resulted in the corrosion.

"All nuclear power plants operate at high temperatures and pressures," the NRC writes on its website.

According to Kamps, the corrosion ate a hole as big as a football into the reactor lid of the power plant, leaving three-sixteenths of an inch of stainless steel liner.

"It was a very near miss, and actually once the smoke settled, so to speak, the Department of Justice had things to say, and they called it the worst incident in the nuclear power industry since Three Mile Island," Kamps explained.

"When they [Davis-Besse] had their near-meltdown in 2002, they had a very suspect containment that probably would have failed and released catastrophic amounts of radioactive material. Those are the kinds of risks they are taking at Davis-Besse every day, only they are getting worse with age-related degradation."

The Three Mile Island incident was the partial meltdown of a nuclear power plant in south central Pennsylvania, which resulted in the release of radioactive gases into the atmosphere and is known as the worst commercial nuclear accident in US history.

The nuclear bailouts being considered would also apply at Perry, a nuclear power plant about 40 miles east of Cleveland, Ohio.

In addition, House Bill 6 is based on the premise that energy companies that generate little or no carbon pollution should be financially rewarded. However, that premise is based on faulty assumptions, according to Kamps.

"Nuclear [is] being rewarded clean energy money because it is supposedly zero emissions. It only refers to carbon dioxide and other greenhouse gases and yes, nuclear power may be low carbon, but it has lots of problems on its own. The emissions from nuclear power would include radioactivity and toxic chemicals at every stage of the uranium fuel chain and a pretty significant carbon impact when you look at the mining and milling of the uranium. What about the radioactive waste that is generated? Especially the high-level radioactive waste which is going to be deadly forever. If you have to manage something forever, you have to multiply the carbon output by infinity, because it is deadly forever," Kamps explained.