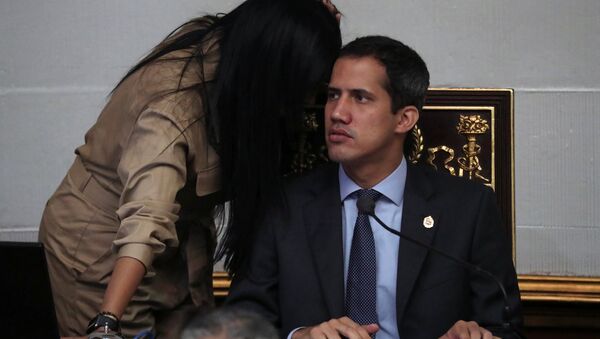 "We are waiting on the White House to give authorization to the Venezuelan opposition so they sit down to have a dialogue with us," Arreaza said during a press briefing on Thursday.

Arreaza added that this issue was among the topics he discussed on Wednesday with UN Secretary-General Antonio Guterres.

Caracas Welcomes Activists Protecting Venezuelan Embassy in US - FM
Washington immediately endorsed Guaido, called on Maduro to step down and seized billions of dollars’ worth of the country’s oil assets. Moreover, a number of US senior officials, including President Donald Trump, have repeatedly stated that all options remain on the table with regard to the Venezuelan crisis.