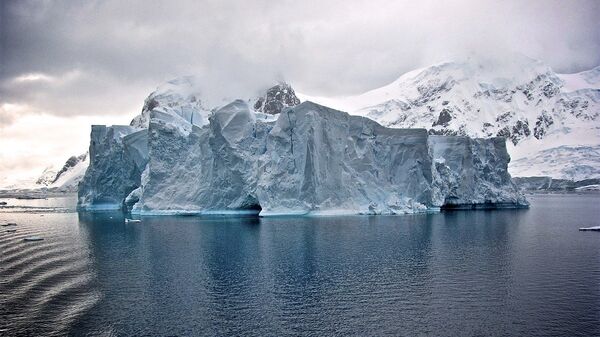 Initially spotted in mid-September 2017 in the centre of an ice pack in Antarctica's Lazarev Sea, the Maud-Rise Polynya, an area of open water surrounded by sea ice, baffled researchers as to how this phenomenon was even possible during Antarctica's coldest winter months, when ice is at its thickest.

NYUAD Abu Dhabi research scientist Diana Francis led a study that has finally unravelled the intriguing mystery surrounding the occurrence of a mid-sea Polynya — a body of unfrozen ocean that appeared within a thick body of ice during Antarctica's winter almost two years ago.

In their work, the scientists resorted to both satellite observation and re-analysis data as they discovered that cyclones and strong winds that amassed over the ice pack cause ice to shift in opposite directions. This results in opening of a Polynya.

Eventually, the Polynya merged with open water once the ice started to retreat at the start of the austral summer.

Scientists claim the intriguing phenomenon had occurred only once before 2017, in the 1970s, when satellite observations were just beginning to be used on a more frequent scale.

Ever since, the event has left scientists baffled and enthralled.

According to the researchers, once a Polynya is opened, it acts rather like a window through the sea-ice. During winter, it transfers huge amounts of energy between the ocean and the atmosphere.

Mid-sea Polynyas, due to their immense size, are capable of impacting the climate both on a regional and global scale, by  modifying oceanic circulation, claim the scientists leading the study. Accordingly, they believe it is paramount to identify the triggers for their occurrence to further study their effects on climate.

Since the current research confirms a link between Polynyas and cyclones, according to the study, it is speculated that during a warmer climate we shall see a more frequent incidence of Polynya events.

During a warmer climate, polar cyclone activity is predicted to further intensify, earlier studies have shown, and the extratropical cyclone's track will move in the direction of Antarctica.

Such a turn of events could decrease the sea-ice extent and make Polynya areas closer to the cyclones formation zone, said Diana Francis.