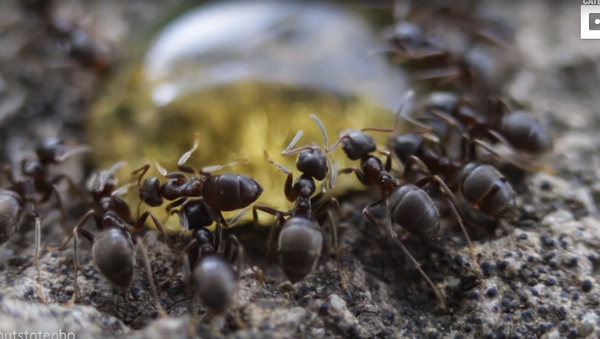 One drop brings all the ants to the yard.

For his latest project, wildlife photographer Ionut State decided to think small but creative in getting a vivid view of an everyday insect.

Rather than having to venture off to a new region to capture wonders, 34-year-old State simply set up his photography equipment in his Warwickshire backyard, released honey from an eyedropper and waited for the magic to happen.

It was not long after the honey hit the ground that the ants began to swarm on the sweet substance, allowing state to capture incredible macro footage of their feast.