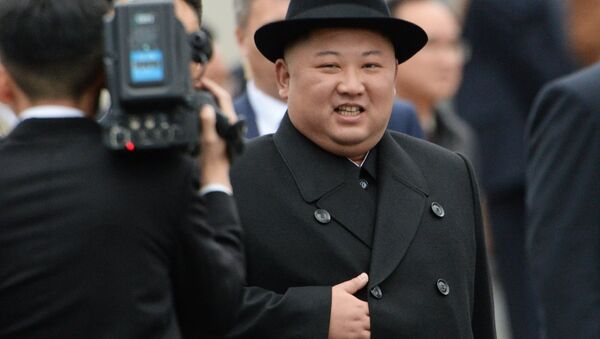 North Korean leader Kim Jong Un told Russian President Vladimir Putin Friday that the US "took a unilateral attitude in bad faith" during the February 27 to 28 summit between the two countries in Hanoi, Vietnam.

"The situation on the Korean Peninsula and the region is now at a standstill and has reached a critical point where it may return to its original state, as the US took a unilateral attitude in bad faith at the recent second DPRK-US summit talks," Kim said Friday in Vladivostok, Korea Central News Agency reported.

Kim is in Russia for a summit with Putin on regional peace and security — something he said depends ultimately on the future attitude shown by Washington, KCNA reported.

Hanoi was the second round of talks between the US and Democratic People's Republic of Korea (DPRK) aiming at denuclearization of the Korean Peninsula and the normalization of diplomatic relations. The first, in Singapore last June, broke the ice on what had been a frigid relationship for nearly two decades, with Pyongyang pursuing nuclear weapons and ballistic missile programs in the name of self-defense, prompting the US and other countries to levy economic sanctions punishing trade with the country.

At Hanoi, Kim, having suspended nuclear weapons and missile tests for over a year and taken steps to dismantle those programs, sought the removal of some of the strangling sanctions enacted by Washington — a request US President Donald Trump denied, insisting on full denuclearization before the lowering of any sanctions on the DPRK.