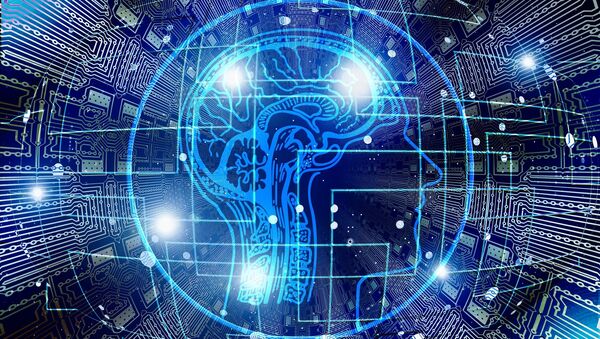 Experts from the so-called Five Eyes group, which was an almost entirely secret group made up of the US, UK, Canada, Australia, and New Zealand sharing information with each other, are set to appear together for the first time in the UK to discuss global cyber threats. Sputnik has discussed the alliance with security expert Dr Katherine Horton.

Sputnik: Experts from the so-called Five Eyes intelligence agencies will appear together for the first time in the UK to discuss cyber threats. The Five Eyes was once an almost entirely secret intelligence alliance in which the US, UK, Canada, Australia, and New Zealand shared information. Can you give us a brief overview of who the Five Eyes are?

Katherine Horton: My understanding, based on the research I and other investigators have done, is that on the surface of it, Five Eyes is an intelligence exchange. It's an intelligence-sharing group that consists of the United States, Canada, the UK, Australia, and New Zealand. Publicly, they present themselves as a group who are exchanging information on terrorists [and are] trying to keep their nations safe. However, based on the victims that I'm working with, and based on the research investigators and I have done is that actually, they are a much more sinister group than what appears. So to give you an example, what they are actually charged with is to control the digital and cyber side of a huge integrated global weapons system.

Int'l Petition Urges Swedish PM to Help 'Wikileaks Collaborator' Held in Ecuador
This weapons system is not fighting the Russians or the Chinese etc., it's actually fighting their own domestic populations most of the time. So every single time I have to deal with the Five Eyes, it's typically the remote controlled sabotage or the, you know, of the victim's computer, the deletion of evidence, and  the subversion of interviews I give, you know, the hacking of Google Hangout calls. Typically, it's combined with, when I criticise Five Eyes or say something that is very, kind of, pushing the boat out. So it turns out that the Five Eyes is operating a system that is monitoring our phone calls, as the former technical director of the NSA, William Binney, has revealed. The NSA, the US branch of the Five Eyes in the cyber sphere, is monitoring the content of every phone call and is recording it and storing it forever.

That's what I've been in investigating for a very long time, but it was what I've also been fighting actively for the last two years at a huge personal and physical cost. That is the truth about Five Eyes; they are not a benign group at all.

Katherine Horton: I think they're trying to present a public face and they are trying to brainwash the public. In a sense, I think at some point, they changed strategy; they realised that they can't keep themselves secret for very long, partially because of organisations like WikiLeaks, but also because of the Internet and private researchers and whistle-blowers adding one in one together. So they physically cannot keep themselves secret any longer. What their strategy is right now is to step into the public eye, but present a false image. So for the Five Eyes to give presentations at this conference, this is not going to be any real talks with truth content — this is going to be a brainwash operation.

Manning Says Prepared to Stay in Jail, Will Not Give Up After Appeal Rejected
Everything we see in our world today is upside down, because we have been lied to for decades. We have been lied to by an organised crime cartel that is controlling our militaries and all of our intelligence agencies and that's the Five Eyes. They are masquerading as this benign organisation and when they turn up at conferences, they take their most presentable people, who give very sleek talks, but it will be complete lies; it will be absolute nonsense. Everybody can check that what I'm saying is the truth, if they just go on YouTube and listen to interviews by William Binney, who is a very famous NSA whistle-blower; he's a math genius who actually built a lot of the architecture and infrastructure that they're using now. He himself said that they are on purpose, keeping these backdoors open to expose us. At that point, any talk about cyber security concerns from a Chinese company just becomes flat out lies.