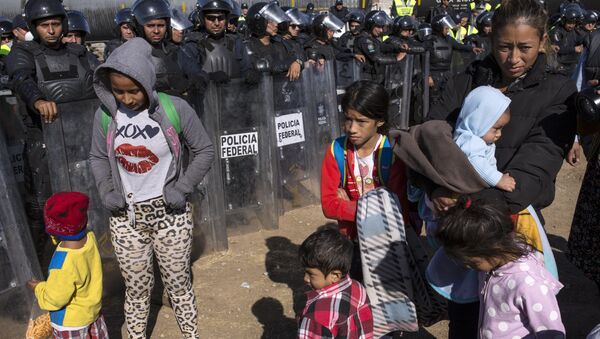 WASHINGTON (Sputnik) - An Indian national has been sentenced to five years in prison for helping to smuggle hundreds of illegal migrants into the United States from his home country, the Justice Department said in a press release on Tuesday.

"Yadvinder Singh Sandhu, 61, an Indian national, was sentenced to 60 months in prison… Sandhu admitted he personally assisted around 400 aliens to unlawfully enter the United States between 2013 and 2015," the release said.

Sandhu smuggled the illegal aliens into the United States by flying migrants from India to Caribbean nations such as the Dominican Republic and sending them to the US territory of Puerto Rico or the state of Florida by boat, the release said.

"According to admissions in Sandhu's plea agreement, since 2013, Sandhu had a leadership role in a human smuggling conspiracy operating out of the Dominican Republic, Haiti, Puerto Rico, India and elsewhere," the release reads.