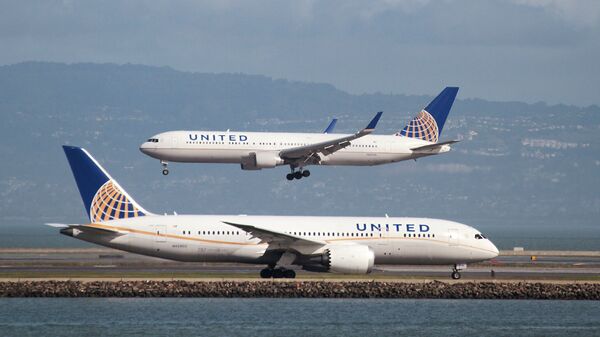 Nearly two months after directing a racist tirade toward a passenger, a now-suspended airline employee faces a misdemeanor charge for disorderly conduct.

United Airlines worker Carmella Davano has been criminally charged in the Municipal Court for Houston, Texas, over a February 26 event in which multiple witnesses say Davano verbally assaulted a passenger with a series of racial slurs.

At least two witnesses that spoke with Houston authorities recount 63-year-old Davano calling passenger Cacilie Hughes, a black woman, both a "monkey" and a "shining monkey."

Hughes, 31, tells the New York Times the incident first went south after she asked the employee for a "refund code" due to her luggage appearing to be delayed. It is then that Davano is said to have exploded with targeted rage and anti-black slurs, while in front of several other passengers.

"I was humiliated," Hughes told the outlet. "I was crying, and I was the only black woman in the area."

The situation continued to escalate as Hughes' request for another employee to call the police was denied. However, the 31-year-old took matters into her own hands and was soon met by authorities, who would later issue Davano a citation for profane and abusive language in a public space.

The Houston Police Department received eyewitness accounts from at least two individuals who confirmed Hughes was the subject of Davano's various "monkey" remarks, according to Houston Police spokesman Kese Smith.

Witnesses also told responding officers that Davano accused Hughes of being on drugs — an allegation that remains unsubstantiated.

"At United, we believe that the diversity of our workforce makes us stronger. Together, we proudly hold ourselves to the highest standards of professionalism and have zero tolerance for discrimination of any kind," United wrote in a statement obtained by WUSA 9.

"That is why we took immediate action to remove this individual from the job. Since then, we have been following all of the required procedures under this individual's union contract and are actively pursuing termination."

Officers say that while the 63-year-old admitted to telling Hughes to "stop making monkey shines," the rest of her account did not reflect what passengers overheard.

The airline says Davano, who has been suspended from work since February 26, will find herself on the receiving end of "all appropriate corrective action up to and including termination," following an ongoing internal investigation.