Breakfast or Bite It: Skipping Breakfast Linked to Cardiovascular Disease 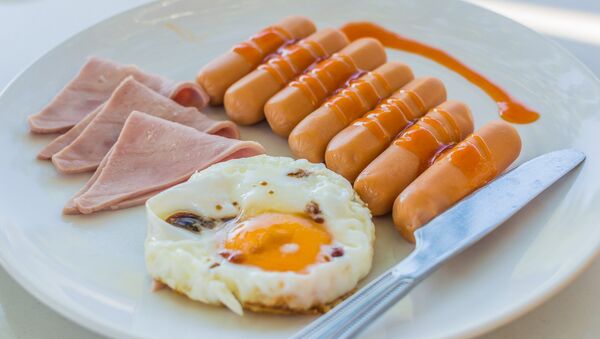 While eating breakfast every day has always been considered an important part of a healthy diet, a new study recently published in the Journal of the American College of Cardiology has offered a new take on how important it is for individuals to not skip that first meal of the day.

Researchers from the University of Iowa found that people who never ate breakfast had an 87 percent higher risk of death caused by cardiovascular disease than those who ate breakfast on a daily basis.

Wei Bao, an assistant professor of epidemiology at the university and the senior author of the study, said in a statement that skipping breakfast was also linked to elevated cholesterol levels and high blood pressure.

Additionally, he noted that passing on the meal was also a marker for an unhealthy lifestyle, since non-breakfast eaters tended to be overweight, heavy drinkers and former smokers.

Bao came to these conclusions after researchers pulled data collected through the National Health and Nutrition Examination Survey, an annual survey conducted by the US Centers for Disease Control and Prevention that asks participants how often they eat breakfast among other nutritional-based questions.

Officials tapped data collected from 6,550 Americans between the ages of 40 and 75. Survey participants took part in the questionnaire from 1988 to 1994. Researchers found that 5.1 percent reported never eating breakfast, 10.9 percent rarely ate breakfast and that 25 percent ate it occasionally. Fifty-nine percent said they ate breakfast on a daily basis.

After zeroing in on the individuals who never ate breakfast, and examining separate follow-up data that analyzed their health status through 2011, researchers found that 2,318 deaths occurred. Of those, 619 resulted from cardiovascular disease.

"Breakfast is traditionally believed as the most or at least one of the most important meals of the day, but there are not much data available to say 'yes' or 'no' to this belief. Our paper is among the ones that provide evidence to support long-term benefits," Bao told CNN.

"Our findings are in line with and supported by previous studies that consistently showed that skipping breakfast is related to those strong risk factors for cardiovascular death."

Although researchers did take into account a variety of factors, including demographics, socioeconomic status, diet, lifestyle, body mass index and cardiovascular risk factors, the study only shows an association between eating breakfast and cardiovascular disease.

A causal link was not noted. "To the best of our knowledge, this is the first prospective analysis of skipping breakfast and risk of cardiovascular mortality," researchers noted in the study.