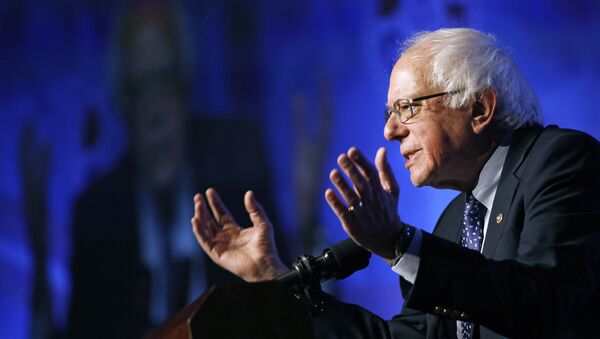 © AP Photo / John Locher
Subscribe
"The US gives billions of dollars in military aid to Israel. It should deal with the Middle East on a level-playing-field basis," Bernie Sanders told CNN.