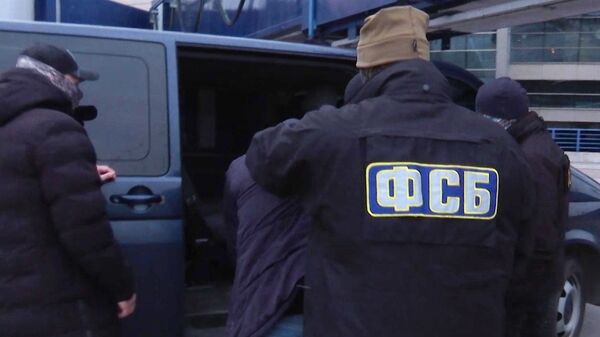 Russia's Federal Security Service (FSB) has announced they have detained five members of a Daesh cell, as well as jihadists in several regions of the country.

"The group consisted of four citizens of Central Asian states who financed international terrorist structures," the FSB said in a statement.

It said the detainees had been planning to carry out a series of attacks on businessmen and then "go to the Syrian Arab Republic to participate in hostilities". Components for the manufacture of explosives, as well as weapons and Daesh propaganda material were seized from them.

At the same time, they informed about a five-member Daesh* cell that had been exposed in Dagestan and Chechnya in Southern Russia.

"The activities of members of a sleeper cell of supporters of the Islamic State international terrorist organisation, banned in Russia, containing five people, have been stopped in Makhachkala and Grozny," the statement said.

The FSB said the group's members had been preparing crimes of a “terrorist nature” against police officers in the cities of Kaspiysk and Grozny. Components of bombs and weapons have been seized from the detained militants, it said. The detainees were planning to attack law enforcement officers using a drone armed with a bomb, according to a FSB video.

*Daesh (also known as IS, ISIS, ISIL) and Jama'at al-Tawhid wal-Jihad are terrorist groups banned in numerous countries, including Russia