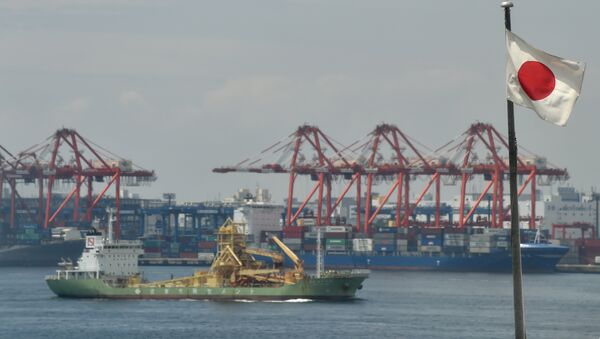 Japan expects a limited impact from a US decision to force buyers of Iranian crude oil to stop purchases from next month, trade and industry minister Hiroshige Seko said as cited by Reuters.

According to Reuters, Seko also said at a press conference that the Japanese government did not see any need to tap national oil reserves following the US decision by the US.

Earlier in the day the White House announced the decision not to reissue waivers on Iranian oil after they expire in May. Washington highlighted that the decision "is intended to bring Iran's oil exports to zero", ruining a vital source of revenue for Tehran.

Iran reacted to the US decision by saying that it would take the required measures. In particular, Iranian Foreign Ministry spokesman Abbas Mousavi said Tehran held consultations with foreign partners to discuss this.

"The results of these external and internal contacts will be reflected in decision-making — Iran will soon make the required decision on this issue and announce it," he said.

World
Beijing Vows to Defend Business Amid US' Reported Plans to End Iran Oil Waivers
Following the US decision not to extend exceptions from oil sanctions against Iran, Turkey criticized the unilateral US step.

"The #US decision to end sanctions waivers on #Iran oil imports will not serve regional peace and stability, yet will harm Iranian people. #Turkey rejects unilateral sanctions and impositions on how to conduct relations with neighbors," Turkish Foreign Minister Mevlut Cavusoglu said on Twitter.