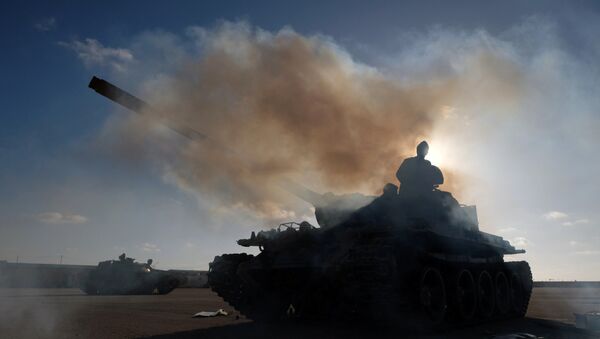 The Al-Wasat news outlet reported that, according to Mismari, the second stage of the operation was launched with the use of infantry forces after the completion of the first phase.

The news outlet said that Mismari was speaking on Monday evening at a press conference.

The political situation in Libya has been in a critical state since 4 April, when Haftar ordered his troops to advance on Tripoli in a bid to drive what he called terrorist forces out of the city.

Haftar Army Claims to Have Destroyed 'Several Dozen' Militant Targets in Tripoli
In response, armed forces loyal to the Tripoli-based Government of National Accord (GNA) started a military operation against the LNA.

Libya descended into chaos in 2011, when long-time leader Muammar Gaddafi was overthrown and killed by rebels backed by NATO air power. The power vacuum prompted competing militias, criminal gangs and terrorist groups including Daesh (ISIS)* to establish control over large areas of the country.

The largest competing forces formed two separate governments — the eastern Tobruk-based government, supported by Haftar and the LNA, and the western UN-backed GNA, based in Tripoli.