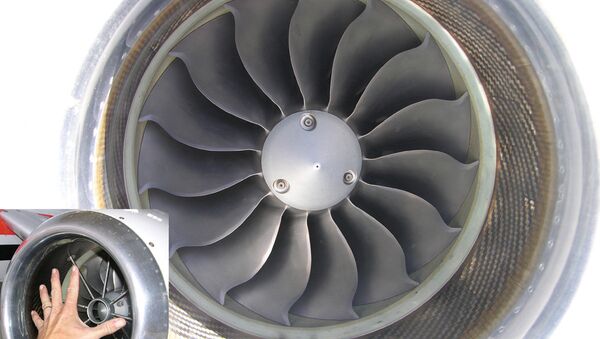 They will be used as propulsion units for drones and have been bench-tested for maximum power and extremely cold weather conditions for 90 minutes of continuous operation. These engines are 95% indigenous.

The GTRE test was tested at Bengaluru in southern India as well as at Leh in northern-most India, according to the Defence Research and Development Organisation (DRDO).

"The GTRE tested the engine for max power setting at Bengaluru for 90 minutes continuous operation. During peak winter, the engine was tested at Leh at (-15 degree Celsius)", DRDO's statement read.

China Now World's Top Exporter of Combat Drones
In March 2018, DRDO invited expressions of interest from Indian industries willing to work under technology transfer terms for manufacturing and assembly of the engine.

"Further efforts are on to flight test the engine and to manufacture the same through Indian industries," the document read further.

The Indian Defence Ministry last year released a document titled "Technology Perspective and Capability Roadmap 2018" that talked about the government's intention to acquire more than 400 military drones, including combat and submarine-launched remotely piloted aircraft, in the next decade.

"The medium-altitude, long-endurance (MALE) combat RPA (remotely piloted aircraft) should have the capability to fly up to 30,000 feet altitude with extended satellite communication ranges and endurance of more than 24 hours", a Defence Ministry official said.

The Defence Research and Development Organisation is likely to use the engine in the Nirbhay subsonic cruise missile that it successfully test fired last week from the Integrated Test Range (ITR) at Chandipur in Odisha. It was the sixth development flight trial with the objective to prove the repeatability of the boost phase and cruise phase using way point navigation at very low altitudes.