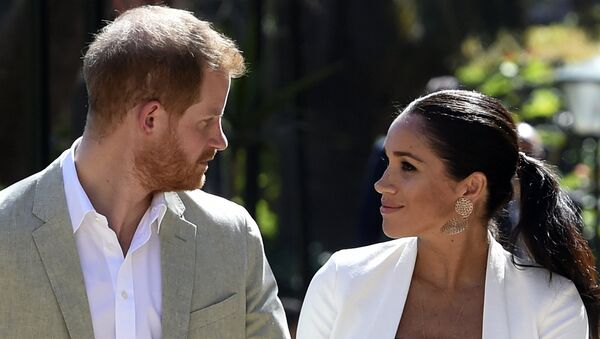 The Prince and his wife, who have been dubbed “royal rock stars” by the British media, are expecting their first-born any day now. However, this is not going to be the only big change in their family life, The Sunday Times reveals.

Royal advisers are sketching up plans for the Duke and Duchess of Sussex, who are to become parents soon, involving a major international mission abroad, probably in Africa, the weekend edition of the respected English outlet, The Times, reports.

According to the newspaper, couriers are preparing a “bespoke” role for the couple after their first baby is born, while Harry’s older brother William reportedly starts preparations to be king. The project is reportedly being drawn up by former UK Ambassador to the US Sir David Manning, currently the princes’ advisor and now being discussed with the chairman of the Queen’s Commonwealth Trust, Lord Geidt, tasked with supporting young leaders in the union of fifty-three countries.

The outlet reports that this potential new job for the couple that the media have dubbed royal “rock stars”, suggests charity work, a Commonwealth mission, and a task to promote Britain. It would reportedly keep them abroad for two or three years. The Sunday Times cites a royal source as saying that “the plan is to find a new way of using their soft power abilities, most likely in Africa”.

“There are discussions in palace circles about how do we harness Harry and Meghan. How do you harness this phenomenon that has emerged? You make it productive”, another insider claimed, as cited by the outlet.

The discussions about their future role are said to be “at an early stage”, so, the decision on the couple’s future position will not be made until 2020. Africa is said to have a special meaning for the couple who is believed to have fallen in love in Botswana, which they visited on one of their early dates.

Since rumours about their romance emerged Meghan and Harry have been scrutinised by the media and public alike. The attention peaked after it became known that the couple, who got married last year, was expecting a baby. Their first-born is due at the end of April or the beginning of May.

Meghan’s pregnancy was accompanied by rumours about a royal rift over her alleged independent stance, going against the long-time royal traditions, and reported disagreements between the former US actress and Prince William’s wife Kate.