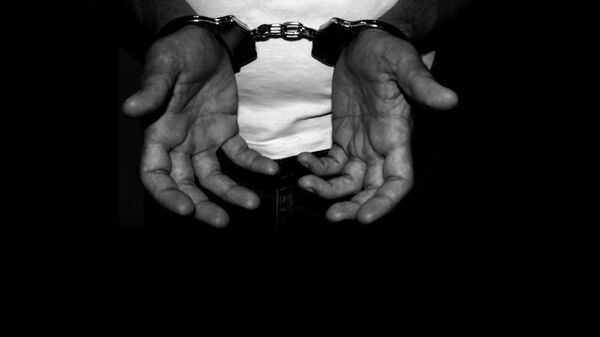 MOSCOW (Sputnik) - US authorities have made the first arrest in the case of an attack on North Korea’s Embassy in Spain, apprehending a former US marine, who is a member of a group known to be behind the raid, media have reported.

The Washington Post reported on Friday, citing two people familiar with the case, that on Thursday federal authorities had arrested Christopher Ahn, a member of the defector group Free Joseon (Free North Korea), which seeks to overthrow the Asian country's Kim dynasty.

World
US Intel May Be Behind Attack on North Korean Embassy in Spain - Reports
On Friday, Ahn appeared in a Los Angeles court that subsequently ruled to seal the case, the outlet added, citing a Justice Department spokesman.

Moreover, the apartment of Adrian Hong, leader of Free Joseon, had also been raided, the newspaper reported, citing a person familiar with the incident, who spoke on the condition of anonymity.

In a statement to The Washington Post, Lee Wolosky, Hong’s lawyer slammed the US authorities’ decision to execute arrest warrants against US nationals resulting from criminal complaints issued by Pyongyang.

"We have received no assurances from the US government about the safety and security of the US nationals it is now targeting", Wolosky said.

According to Wolosky, cited by the newspaper, Ahn was involved in the evacuation of North Korean leader Kim Jong-un's nephew Kim Han-sol from Macau in 2017.

Free Joseon evacuated him in the wake of his father Kim Jong-nam's assassination with a nerve agent at the Kuala Lumpur Airport. Media outlets have widely suggested that Kim Jong-un might be behind his half brother's killing, something denied by Pyongyang.

"The last US citizen who fell into the custody of the Kim regime returned home maimed from torture and did not survive", Wolosky said, referring to Otto Warmbier, a US tourist who was imprisoned in North Korea for 17 months and died shortly after being returned to the United States in 2017.

The newspaper also quoted the US Justice Department as saying that "extradition treaties generally provide that an individual who has been extradited to another country to face criminal charges cannot thereafter be extradited to a third country without the consent of the original country".

The raid on the North Korean Embassy in Spain took place in February. Pyongyang has said that the embassy personnel had been tortured by the assailants who stole computers and communication devices. In March, a Spanish court issued an international arrest warrant for the embassy attackers.

Free Joseon, also referred to as Cheollima Civil Defence, has said it did not harm the personnel. Media reports have suggested that the group sought to hand the stolen computers over to the US authorities, saying there was valuable intelligence information on them.

North Korea has suggested that US intelligence had a hand in the embassy raid while Washington has denied the claims.