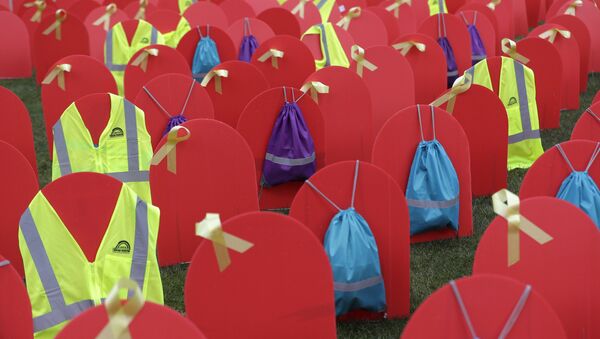 US Gen-Xers entering middle age are increasingly subject to depression and despair often leading to suicide, according to a new study.

Thoughts of suicide, abuse of drugs and alcohol and clinical depression are on the rise among Gen-X Americans transiting from their late 30s to their early 40s, according to a newly-published report.

Columbine Massacre: 20 Years Have Passed, Why Do School Shootings Continue?
Rising numbers of so-called deaths of despair recorded within the entire US demographic of those born between born 1974-1983 — not only among those with little to no education — was the startling result gleaned from a Vanderbilt University Medicine, Health and Society and Public Policy Studies report.

Led by assistant professor Lauren Gaydosh of Medicine, Health and Society and Public Policy Studies at Vanderbilt University, the findings suggest that the eye-opening statistic is set to rise, according to Vanderbilt.edu.

Titled The Depths of Despair Among U.S. Adults Entering Midlife, the study has been published in the American Journal of Public Health

US life expectancy reversed a twenty-five year upward trend in 2016, driven in part by rising suicide numbers, as well as deaths by drug overdose and alcoholic cirrhosis, among the poorly-educated and rural white population of the country.

Increasing unemployment, government withdrawal of social support networks and a popular perception of irrelevance — including the cultural dismissal of residing in ‘flyover states' between more populated and better-educated coastal centers — have added to the downward mental health trend, according to the report.

Viral
Russia Releases Big 120-Page Report on Russophobia, Russiagate Hysteria in US
"What we wanted to do in this paper was to examine whether the factors that may be predictive of those causes of death-substance use, suicidal ideation and depression-are isolated to that particular population subgroup, or whether it's a more generalized phenomenon," Gaydosh said.

What she and study co-authors found surprised them, as depression among US Gen-xers appeared to be even more broadly felt than previously estimated.

By studying previous data encapsulated in the National Longitudinal Study of Adolescent to Adult Health, directed by Harris at the University of North Carolina, they were able to track the mental and physical health of thousands of Gen-X US citizens during the period between 2016-18.

"We found that despair has increased in this [group], but that increases are not restricted to non-Hispanic whites with low education," study co-author Gaydosh noted.

"Instead, the increase in despair that occurs across the 30s is generalized to the entire [demographic], regardless of race, ethnicity, education, and geography," she added.

The report's authors urge an increase in funding for mental health issues in the US — particularly among the Gen-X subgroup — as an increase in midlife mortality across the entire generation is indicated by the findings.

"Public health efforts to reduce these indicators of despair should not be targeted toward just rural whites, for example," Gaydosh noted, adding that "we're finding that these patterns are generalized across the population."