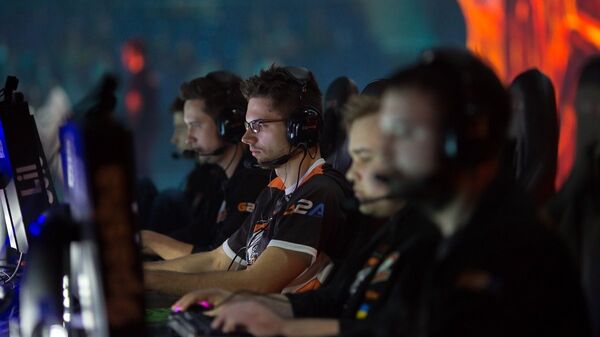 OpenAI’s team of Dota 2 bots, which has beaten top players in the past, moved to face challengers on the internet – and has suddenly started to lose to teams of human players, who are learning how to exploit OpenAI Five’s weaknesses.

After beating the pro team OG, which won more than $11 million at Dota 2’s high-profile tournament called The International 2018, OpenAI’s team of Dota 2 bots faces a much more challenging opponent – internet players. OpenAI, a technology non-profit founded by Elon Musk and others, began allowing any Dota 2 player to challenge OpenAI Five – and the first loss came just hours after the test began.

China Needs to Narrow Gap With the US in AI
Both OpenAI Five and DeepMind’s AlphaStar have defeated professional video game players previously, although the matches were not live-streamed. Last week’s match against OG was the first time one of these AI victories happened live, and now OpenAI Five faces a massive number of human teams in real-time. So far nine teams have beaten OpenAI Five, giving the AI roster a 1,923-9 win/loss record; a 99.5 percent win-rate for the bots.

OpenAI Five wins the first 500 games versus humans. But a few groups are systematically searching for every weakness — and making real progress. There is hope yet that Five can be beaten! pic.twitter.com/507HhKZuqJ

​The first team to do so was a professional roster, Alpha Red, from Thailand, who beat the AI team in around 45 minutes, with 34 kills to 24.

“Beating OpenAI Five is a testament to human tenacity and skill. The human teams have been working together to get those wins. The way people win is to take advantage of every single weakness in Five—some coming from the few parts of Five that are scripted rather than learned—gradually build up resources, and most importantly, never engage Five in a fair fight.” OpenAI co-founder Greg Brockman told Motherboard.

How to Win 24 Million Bucks: Nuts and Bolts of Dota 2 Int'l Tournament (PHOTOS)
Another challenge for Dota 2 players and an AI hero pool of just 17 characters instead of over 100. OpenAI tried to raise the hero pool to 25, but it wasn’t “learning fast enough” to reach a professional level before the OG match, so it was reduced to 17. Using “deep reinforcement learning,” incorporating a neural network to 'learn' and adapt through training, the OpenAI Five program does not have more information than a human does, Mark Riedl, an associate professor of AI and machine learning at the Georgia Tech College of Computing, told Motherboard in August.

The program has practiced an equivalent of 45,000 years of Dota 2 over a period of 10 months. Players working together on Discord servers and Reddit are analyzing weaknesses to figure out how to best exploit the program. One particularly encouraging comment was posted by Swedish Dota 2 player Niklas 'Wagamama' Högström: “The bots are locked."

"They [the bots] are not learning, but we humans are. We will win,” another player said, as transcribed on Reddit.

The OpenAI team says it will continue to work on Dota 2. The company also plans to release “a more technical analysis” of the program once it has reviewed the OpenAI Five Arena matches. “Can top teams learn to beat it consistently? So far, no one’s beaten it twice in a row. Can people find exploits that allow even low-ranked teams to beat it? We don’t know what to expect—no one’s ever run an experiment like this,” Brockman said.