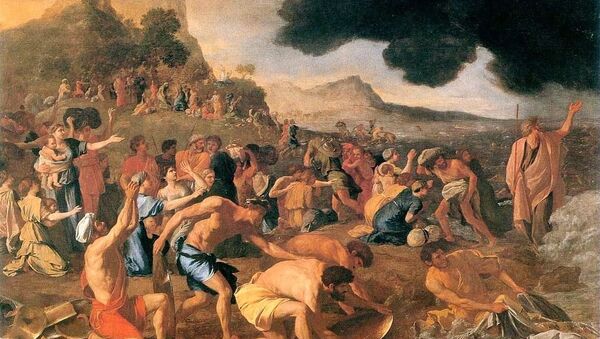 Scientists and enthusiasts all over the world keep looking for parallels between the Biblical texts and historical accounts of ancient times, trying to find matches with the Old Testament’s patriarchs and the New Testament’s figures. Matt Sibson from the UK might have discovered the historical foundation of the Exodus story.

English researcher and historical blogger Matt Sibson suggested that the man who was recorded in the Old Testament as Moses was the closest courtier of the daughter of Egyptian Pharaoh Thutmose I, Hatshepsut. According to the history enthusiast, who shared his claims on his YouTube channel, the man behind Moses’ character was apparently named Senenmut.

“He was apparently a low commoner… yet he became Hatshepsut’s most trusted advisor, high steward and was also the personal tutor of her daughter… He was also granted 93 titles in total, including the royal vizier, chief royal architect and the master of all people. And his name means ‘mother’s brother’ which essentially elevates his status to royalty”, Sibson said.

The researcher, who studied an essay by Scott Alan on the matter titled The Senenmut Connection, points to the striking coincidence. He noted that that, according to interpretations of the Bible, Moses killed an Egyptian and left the realm around the same time as Senenmut apparently vanished from the country, in 1486 BC. His grave was never found.

The historian, who compared the era of Moses as depicted in the Bible to existing historical accounts, concluded that the pharaoh mentioned there was a compilation of references to several rulers of ancient Egypt.

According to him, the Israelites in Exodus were, in fact, the Hyksos, who were defeated and banished, while some of them were enslaved under Thutmose I.

“As we know [in the Bible], Pharaoh ordered every Hebrew boy that is born to be thrown in the Nile, meaning Thutmose I would have wanted the Hyksos eradicated to stop their population from growing and any possible threat to the throne", Sibson stated.

This led him to the claim that the princess who fished out the basket with the baby Moses from the Nile must be Tuthmose’s daughter, Hatshepsut, when he was ruling in Egypt.

The Bible is viewed by some researchers as a book containing references to many historical facts. For instance, Professor of Ancient Mediterranean Religions at Cornell University Kim Haines-Eitzen, who specialises in Early Christianity and early Judaism, previously suggested that the Number of the Beast mentioned in the Book of Revelation could refer to a specific person, namely Roman Emperor Nero. According to the scholar, although the final part of the New Testament, which details the days of the apocalypse, is considered to be a religious and prophetic book with “loads of symbolism”, it is also “very much a political book”.