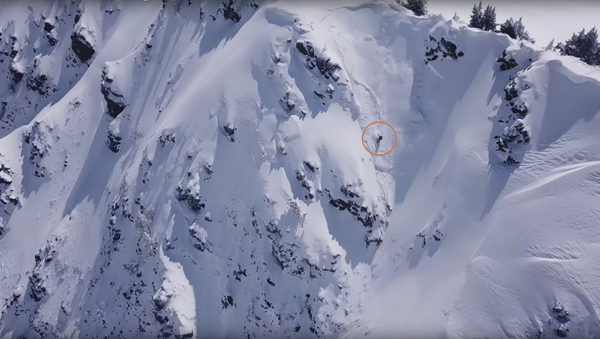 Hitting the slopes can get dangerous when they strike back!

A snowboarder's life flashed before his eyes twice during his April 13 descent in Catalonia's Aran Valley in northeast Spain.

Within the first few seconds of the nail-biting clip, the snowboarder is seen struggling to maintain his balance after a layer of snow breaks off behind him. Immediately after, another avalanche is triggered, forcing him to coast on top of the snow until he reaches the mountain's base.

The snowboarder told Viral Hog that although he was very scared, he maintained control and "floated" for most of the descent before getting partially buried at the bottom.