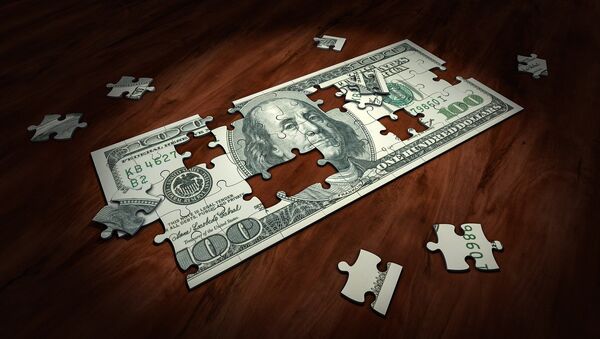 Previously, Russian President Vladimir Putin stated that Moscow intended to "unburden" Russia's economy from the dangerous monopoly of the US dollar, stressing that Washington's restrictions against Moscow were breaking international trade principles.

Russian Foreign Minister Sergei Lavrov stated on Friday at an international investment council session that Washington is undermining the status of the US dollar in the long term by abusing it in the short term.

"We see direct abuse of the US dollar’s status and in the long term this, of course, will have a negative effect on the currency, because everyone understands how unreliable it is", the minister said, adding that the US stance has resulted in "billions in economic losses" on the global markets due to the instability of the dollar.

At the same time, the minister criticised sanctions against the country.

"Our foreign policy, however, aims to provide the most favourable conditions for cooperation with foreign partners on a mutually beneficial basis and in all geographical areas. In short, this cooperation is hindered by the illegitimate unilateral sanctions bypassing the UN Security Council, which have been imposed mostly on far-fetched 'highly likely'-based pretexts", he concluded.

Plan B: Moscow Can Counter Possible Banking Sanctions - Russian Finance Minister
Earlier this year, the Russian Central Bank stockpiled a considerable amount of gold and cut its dollar foreign exchange reserves from a whopping 46 percent in 2017 to 22 percent this March.

The changes came after the Russian government's press service last October announced that the authorities were working on a plan to reduce the economy's dependence on the dollar. According to Russian Finance Minister Anton Siluanov, numerous countries and companies were considering the idea of abandoning the dollar in transactions with Russia, as it had become an unreliable currency for payments in international trade.

He noted that the US had imposed a politically-motivated ban on business cooperation between the two countries, while also trying to curb the Nord Stream 2 project.

"The interference of the United States in the formation process of the Nord Stream 2 project is unceremonious — it will suffice to mention the regular public statements by the US ambassador to Berlin, which simply require that the German government change its position and go against its own interests", Lavrov said.

World
US Resolution on Cancellation of Nord Stream 2 Advances in Congress - Senator
Nord Stream 2 is a joint venture of Russian gas giant Gazprom and five European companies. The pipeline is projected to deliver 55 billion cubic meters (1.9 trillion cubic feet) of Russian natural gas annually to countries in the European Union.

Previously, the US has expressed its opposition to Nord Stream 2 on numerous occasions, claiming that it is a means of political control used by Russia to exert pressure on the European Union. US officials have also announced that they have considered imposing sanctions against the project.