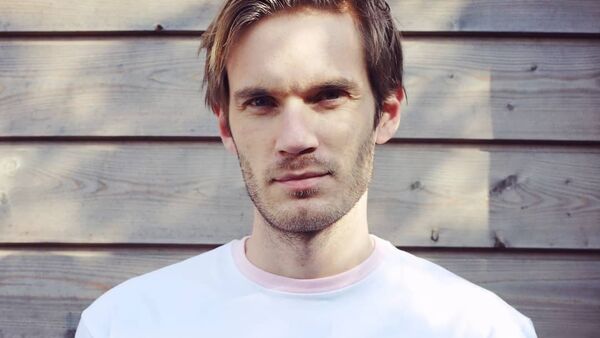 © Photo : pewdiepie/instagram
Subscribe
International
India
Africa
Stopping short of making actual accusations against the live streaming service, the vlogger warned that “there’s a lot of shady stuff” related to the platform and urged content creators to be careful about transferring their channels there.

A vlogger named Devin Nash, who styles himself as “an inspirational speaker, entertainer in the gaming industry and executive success coach”, has recently warned that YouTube legend PewDiePie might be supporting a venture which could turn into a crypto scam.

His revelations came after Pewds announced his intention to partner with DLive, a live streaming platform powered by Lino blockchain which promises to reward its streamers and users with Lino Points — the cryptocurrency of the Lino Network blockchain-based system — for their participation and contribution.

As Nash pointed out, while the DLive system is built with the claim “they give 100 per cent of their profit to content creators”, the LINO cryptocurrency points the content creators receive remain in the system, and the recipients would only be able to actually get their money when they convert that crypto.

Viral
PewDiePie's 'Congratulations' Diss on T-Series Winning Likes Despite India's Ban
"I think there’s a lot of shady stuff here", he warned, adding that he does not encourage content creators to use the platform and he doesn’t think that PewDiePie should tout DLive as some kind of competitor to Twitch.

"I want to stress that it's possible Dlive could run legitimately. But every red flag is there for me to be wary of this site”, Nash wrote in a caption to the video in which he describes his concerns. “I encourage content creators to be careful transferring their brands over to this site, and I don't think PewDiePie should be recommending that creators go to Dlive. Be very careful of businesses claiming they have no monetisation strategy."

Felix Kjellberg, a famous YouTube user known as PewDiePie who amassed nearly 94 million subscribers on the video hosting platform, has been bogged down in a protracted year-long battle with India’s largest music label and movie studio, T-Series, for the title of the most-subscribed YouTube channel.

With this tug of war dragging on and on, Pewds announced his intention to extend his reach to DLive, promising to donate up to $50,000 in Lino tokens during his first live-stream on the platform.