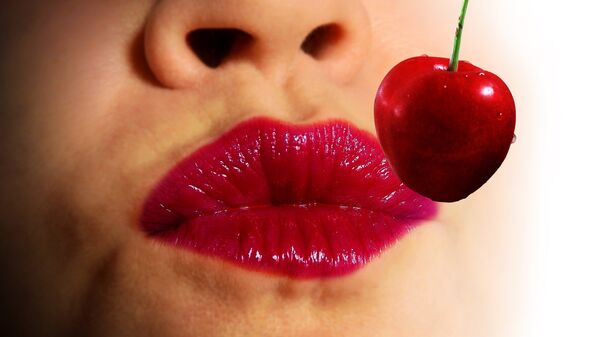 In a Wednesday press release, the Department for Digital, Culture, Media & Sport announced the UK would become the first nation in the world to implement age verification software for online pornography websites.

While one would previously have to check a box or enter a birth date before indulging in adult content, users will now have to provide identification, ranging from traditional documents, such as a passport or credit card, to digital ID cards purchased over the counter at newsagents following in-store verification.

"Adult content is currently far too easy for children to access online. The introduction of mandatory age-verification is a world-first, and we've taken the time to balance privacy concerns with the need to protect children from inappropriate content. We want the UK to be the safest place in the world to be online, and these new laws will help us achieve this," British Minister for Digital and Creative Industries Margot James announced.

Age verification websites will receive a green "AV" symbol after complying with the British Board of Film Creator's General Data Protection Regulation (GDPR) standards laid out as part of their Age-Verification Certification (AVC) to ensure personal data security.

Citing support for the new restrictions from "88% of UK parents with children aged 7-17," the department release says that commercial websites that fail to integrate the authentication wall are subject to having their payment services pulled and content blocked from all UK users — no matter their age.

The announcement of the new regulation's enforcement came about following the publication of the "Online Harms" white paper on April 8, which provided a look into the UK government's upcoming steps to ensure users remain safe online and served as the beginning of an open consultation with the public until July 1.

"We particularly encourage responses from organisations, companies and others with relevant views, insights or evidence," the consultation summary details.

"We hope that the introduction of this age-verification will help in protecting children, making it harder for young people to accidentally come across online pornography, as well as bringing in the same protections that we use offline to protect children from age-restricted goods or services," UK charity Childnet International's CEO Will Gardner said Wednesday.

Internet Matters CEO Carolyn Bunting also endorsed the age-verification requirement back in January, but also added that "there is no substitute to having regular and honest conversations with your child about what they're getting up to online."

While the release boasts the varying levels of support received, some remain fearful of leaks, hacks and security breaches that may expose users' private preferences and fetishes.

"Having some age verification that is good and other systems that are bad is unfair and a scammer's paradise — of the government's own making," Open Rights Group's Executive Director Jim Killock told Business Insider.

Killock also argues that allowing websites to freely choose which third-party service they implement (even if said service holds a green "AV" logo) is a recipe for potential blackmail.

Though it is unknown whether the law will be adjusted before its July 15 introduction, the consultation remains open until July 1, giving those with concerns time to submit their own arguments regarding online security and privacy.