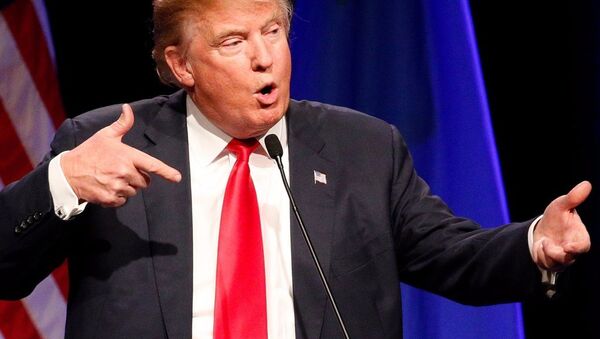 US President Donald Trump tweeted Thursday that if he'd wanted to, by way of executive privilege he could have fired everyone involved in the Office of Special Counsel's investigation into alleged collusion between his election campaign and the Russian government. "I chose not to," he said.

"I had the right to end the whole Witch Hunt if I wanted," Trump wrote Thursday afternoon on Twitter. "I could have fired everyone, including Mueller, if I wanted. I chose not to. I had the RIGHT to use Executive Privilege. I didn't!"

Trump's comment built on words by Fox News show host Jesse Watters, which he quoted in the tweet: "Donald Trump was being framed, he fought back. That is not Obstruction."

Special counsel Robert Mueller's report was released by the Department of Justice Thursday in redacted form, but its central findings were there for all to see: Trump and his campaign didn't collude with Russia, but Trump might have obstructed the investigation. An unredacted form is expected by Congress next month.

According to the report, the debate in Mueller's office over the question of whether or not Trump obstructed justice centers around his unique authority and position as president of the United States. One one hand, as president he has legal powers — such as the ability to fire FBI Director James Comey, as he did in May 2017 — but on the other, as chief of state, his opinions and suggestions to associates about their disclosures during the investigation, whether public or private, bear undue weight compared to almost anybody else in the country. It was to this debate that Trump's comments Thursday referred.