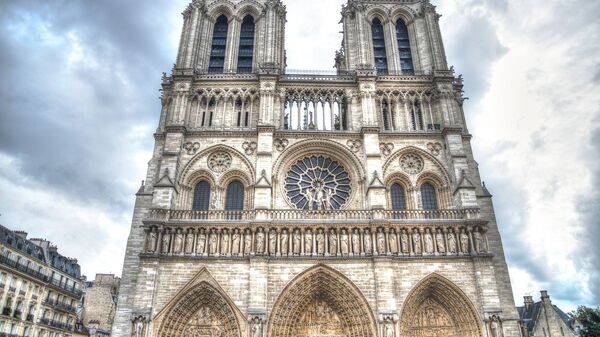 In collaboration with the non-profit CyArk, the tech giant had produced 3D renderings and virtual tours of historical sites. The Notre Dame Cathedral has never been documented by the pair, but following the fire that significantly damaged the French monument, CyArk released the Mapping Gothic France project, which completed work in 2010.

We are deeply saddened by the damage to the Notre Dame Cathedral. While CyArk has never documented the building, thankfully the Mapping Gothic France project completed work in 2010 — https://t.co/RxUm59OBS8. These scans will surely be helpful in the reconstruction efforts to come pic.twitter.com/b4Qr1PGKFH

"The ability to rapidly and accurately document the world around us is revolutionizing disciplines such as archaeology, biological and earth sciences, digital humanities, and museum studies," the project said in a statement released on 17 April.

Among historical sites documented in 3d data sets by CyArk and Google are Thomas Jefferson Memorial, the khan of As'ad Pasha al-Azem in Damascus, the Brandenburg Gate in Berlin, Mexico City Metropolitan Cathedral and many others.