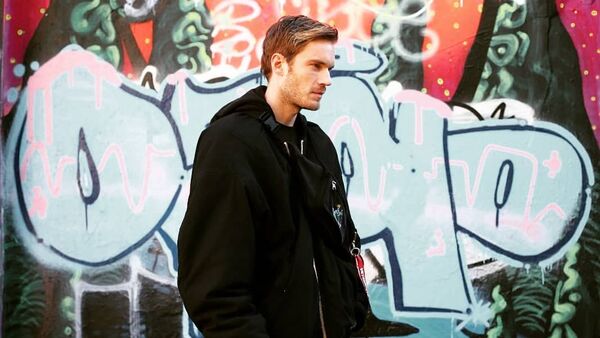 © Photo : pewdiepie/instagram
Subscribe
International
India
Africa
Pewds has been all over the news recently, with users across the globe watching his neck-and-neck race for YouTube's top spot with Indian music record label T-Series.

PewDiePie joined Joey 'The Anime Man' Bizinger, a popular Japanese-Australian YouTuber who makes videos about manga and anime, for a 10-minuite interview.

"If you could describe your YouTube channel using a mediocre anime, which would it be?" asked Bizinger.

"Attack on Titan," PewDiePie replied in a deadpan voice, drawing a burst of laughter from his interviewer.

When asked if he didn't like the animated epic, Pewds said: "It's kind of over-hyped a bit, and so am I".

Attack on Titan is the anime adaptation of the eponymous manga series, one of the all-time best-selling manga titles. It is set in a post-apocalyptic dystopian world, where humanity is devastated by giant man-eating humanoids, and follows the adventures of teenager Eren Yeager, who embarks on the dangerous endeavor of freeing humans from the reign of giants.

The show has garnered critical acclaim and is currently ranked the eighth best-selling anime of this decade in Japan; it has also developed a mass following in the West.

Although one may consider the word "over-hyped" to be a bit of a stretch when applied to both the anime and PewDiePie, the reality is that as things stand now, he is by far the biggest individual creator on YouTube.

The 29-year-old Swede has courted controversy on multiple occasions, with critics accusing him of using racist slurs and being a bad example in general.

Earlier this month, he joined live-streaming platform DLive as part of an exclusive deal which came shortly after he faced an online petition that called for his ban from YouTube.