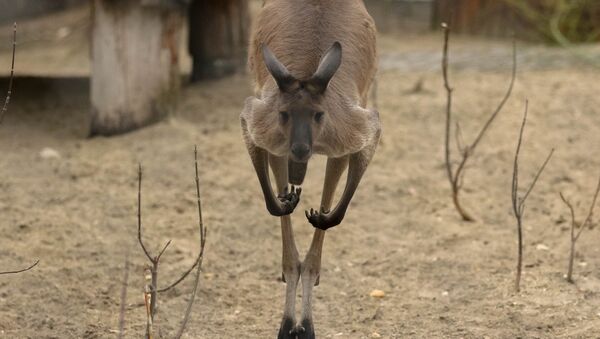 The owner of the mansion where the photo op took place reportedly styles himself as the “Australian version of Hugh Hefner” and is known for posting controversial images on Instagram.

A risqué photoshoot at the mansion owned by Australian millionaire Travers Beynon apparently turned chaotic when a kangaroo joined the party.

A video posted by Beynon online, titled “Kangaroo attack at the Candy Shop Mansion photo shoot”, shows women dressed in bikinis running away, with one of them trying to jump in the swimming pool, with a kangaroo hopping in the background.

According to the Daily Caller, Benyon is “the Australian version of Hugh Hefner”, the legendary founder of Playboy magazine, and is known for posting “controversial images” on his Instagram account.