Roma, Do You Love Me? Italian Team Bans Photo Ops With Rapper Over ‘Curse’ 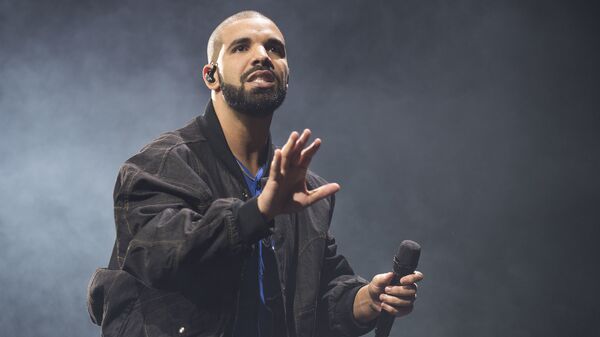 On Monday, Italian soccer team AS Roma tweeted that the team’s players were “banned from taking photos” with Canadian hip hop star Drake “until the end of the season.” The ban is a response to the Drake “curse”: a years-long streak of losses for individual athletes and teams shortly after Drake has publicly supported them.

Last week, Layvin Kurzawa, a player for French soccer team Paris Saint-German, posted a picture with the singer to his Instagram account. On Sunday, the team suffered a humiliating defeat to the LOSC, a local team based out of Lille, France.

​In January, the Minnesota Timberwolves basketball team released a tweet asking the singer and rapper to not wear the team's official clothing, adding, "we don't need that curse.

"Other sports defeats linked to the "Drake Curse" include tennis player Serena Williams' loss to Roberta Vinci in 2015, UFC fighter Conor McGregor's defeat by Khabib Nurmagomedov in 2018 and other games involving European soccer players, noted The Washington Post. Drake, a Toronto native, is a frequent supporter of the Toronto Raptors at their home games; they were a number one seed in the NBA playoffs last year, but they were crushed by the Cleveland Cavaliers in a humiliating defeat.

To be fair, the Drake Curse doesn't always work.

Earlier this week, British soccer team Manchester United tweeted a picture of Drake wearing a Barcelona jersey with the fingers crossed emoji, hoping the curse would cost their opponent the game. As it happened, Barcelona beat Manchester United 3-0 in the Champions League later that day.

​Aubrey Drake Graham, better known as Drake by his fans, first shot to fame when he starred in the Canadian TV show "Degrassi: The Next Generation" from 2001 to 2009. More recently, the singer-songwriter has broken multiple records and won Grammy awards for his hit singles like "Hotline Bling" and "God's Plan."