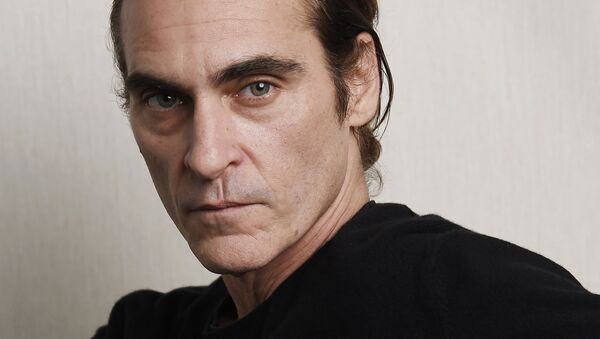 The 44-year-old actor, who recently played Joker, is cast as Jesus in the upcoming film, "Mary Magdalene," but he refused to perform one of the miracles recorded in the gospels.

In one particular scene in the movie, Phoenix was required to perform a miracle from John's gospel. According to the holy text, Jesus healed a blind man by rubbing mud in his eyes. However, the actor refused to do the scene.

“I knew about that scene from the Bible, but I guess I had never really considered it,” Phoenix told CNN. “When I got there, I thought, ‘I’m not going to rub dirt in her eyes. Who the f**k would do that?’ It doesn’t make any sense. That is a horrible introduction to seeing.”

Instead, Phoenix decided to simply lick his thumb and rub the woman's eyes. Although no mud was used, the star of the film argues it doesn't take away from the miracle Jesus performed.

The film was originally set for release in late 2017 but was repeatedly pushed back after The Weinstein Co. was in the midst of the fallout from multiple accusations of sexual assault against producer Harvey Weinstein. The final release set by IFC Films is scheduled for Good Friday. The film looks at the story of Jesus from a more feminine perspective in that of Mary Magdalene, played by Phoenix's real-life girlfriend, Rooney Mara.