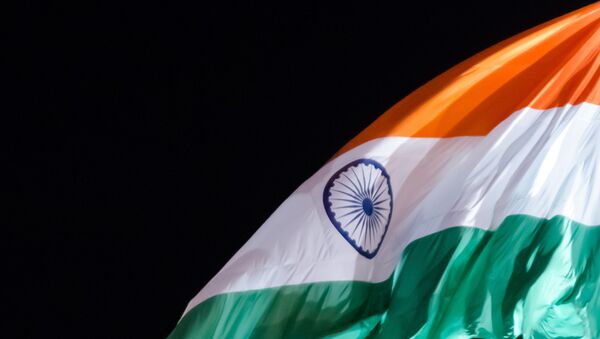 The east Indian state of West Bengal has a 27 per cent Muslim population, and the fact that a non-Indian Muslim was brought to campaign for a party in the state has angered many people from various walks of life.

New Delhi (Sputnik): The regional Trinamool Congress (TMC) Party from the eastern state of West Bengal has hired an actor, Ferdous Ahmed, from Bangladesh to help them campaign in the state, prompting public backlash.

The ruling Bharatiya Janata Party (BJP is seeking to gain a foothold in the Trinamool bastion of West Bengal and called the foreign actor's involvement in the opposition party's campaign illegal. The party has approached the Election Commission to resolve the matter.

Taking cognisance of the matter, the Ministry of Home Affairs has sought a report from the Siliguri district administration over a foreign national being permitted to campaign for a political party, according to a media report.

"Our contribution for Bangladesh in the 1971 Liberation War has been immense. And I do not feel that we have done anything wrong by inviting Ferdous to campaign for us here. We will not do anything that is anti-national, illegal or violates the Model of Conduct."

According to media reports, a senior official in the Election Commission, KF Wilfred, said, "There is no such specific rule, but we need to look into his purpose of visit when he applied for the visa. No foreign national, under any circumstances, would be allowed to enter India to participate in political campaigns/road shows. Follow-up in such cases can only be done if someone comes forward with a complaint."

On the other hand, state chief electoral officer Sanjay Basu said, "No mention on this issue has been made in the Election Commission's rule-book."

The development triggered a negative response on social media, with one user questioning whether Indians now require a visa to visit West Bengal

Do I need to apply for Visa to go to westbengal now?

Another mockingly "urged" the party to invite dreaded terrorist Masood Azhar to campaign on its behalf.

A vocal user questioned the loyalty of secularists and other liberals.

The BJP is looking to boost its political presence in the state, raising the issue of Bangladeshi illegal migrants to drum up support and ensure ineligible residents aren't able to vote. Bangladeshi immigrants are spread across several districts in West Bengal and play a significant role in the outcome of elections there.