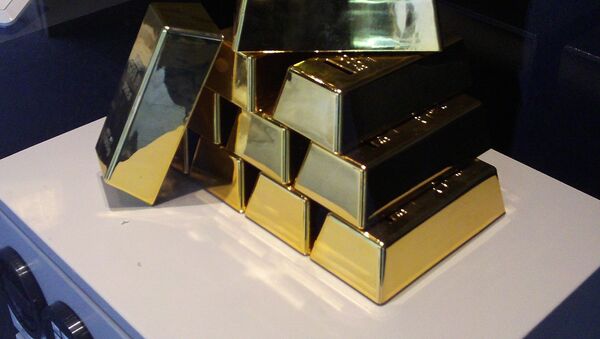 The developments come after Reuters reported, citing an unnamed source in February, that Venezuela plans to sell 15 tonnes of its Central Bank gold reserves to the United Arab Emirates (UAE) for euros.

Venezuelan authorities have sold about $400 million in gold, equal to nine tonnes, despite the pressure exerted by the US on potential buyers of the precious metal, Bloomberg cited several sources as saying.

The sources claimed that the gold could be bought by companies from Turkey and the United Arab Emirates (UAE).

“The sale could mean [Venezuelan] President Nicolas Maduro has found a way to skirt the economic blockade” imposed by Washington, the sources pointed out.

Venezuela’s Central Bank did not immediately respond to requests for comment on the reported sale. Its total gold reserves currently stand at $8.6 billion, according to data provided by the Bank. 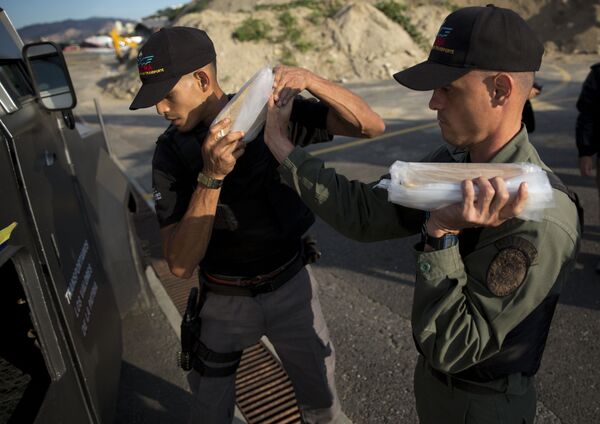 The sale comes after Venezuela reportedly announced plans in February to sell 15 tonnes of its Central Bank gold to the UAE and be paid in cash in euros.

In a separate development that month, President Maduro suggested that “more or less 80 tonnes” of Venezuela's gold could be frozen in the Bank of England.

This followed Bloomberg’s report that the Bank of England had refused to withdraw Venezuela's gold reserves, worth $1.2 billion, following Maduro’s request.

‘Economic War Against Us’: Venezuela Sanctions, Asset Seizures Cause of ‘Crisis’
The US Treasury has, meanwhile, imposed several rounds of sanctions on Venezuelan state companies since January. In late March, the Treasury specifically sanctioned the Venezuelan state gold mining firm Minerven and its president, Adrian Antonio Perdomo Mata.

The total damages from US sanctions against Venezuela have already exceeded $100 billion, according to media reports.

The restrictive measures come amid the ongoing political standoff in Venezuela, which escalated in late January when the country’s opposition leader Juan Guaido illegally declared himself Venezuela’s interim president, in a move that was immediately endorsed by the US.

Maduro accused Guaido of being a US “puppet”, while blasting Washington for orchestrating a coup in the Latin American country.

Russia and a spate of other countries, in turn, stated that they now recognise Maduro as Venezuela’s only legitimate president.