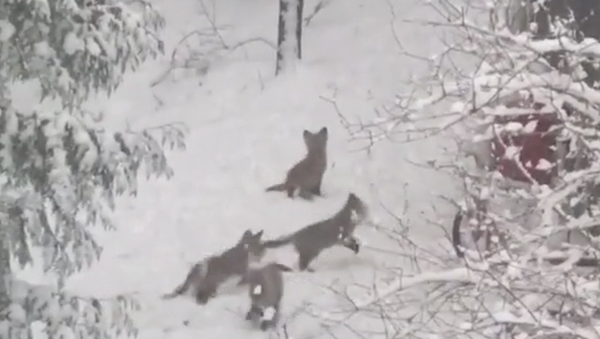 Thorson tells Storyful that the mother first constructed a den under her deck late last year before giving birth to her cubs, which are said to be growing exponentially fast as weeks go by.

While it's difficult to see the mama fox toward the end, she makes a brief appearance in the beginning and shows she's keeping a distant but watchful eye on her babies.